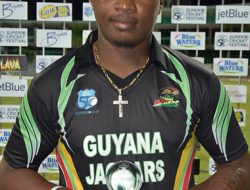 Jaguars Back On Top In Group B As The... 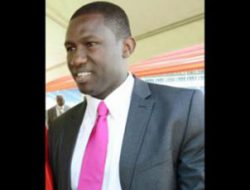 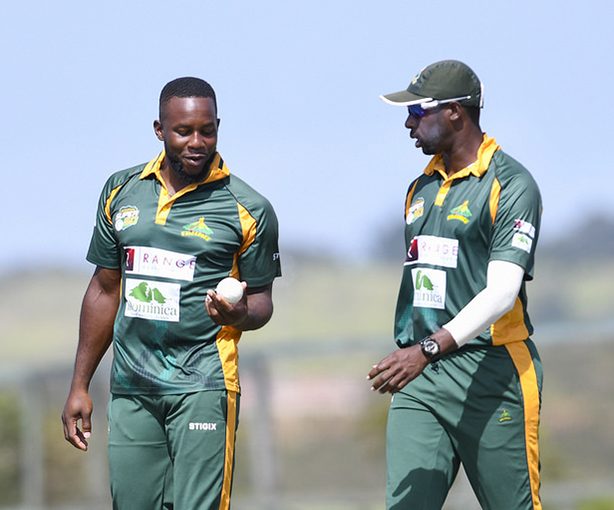 BRIDGETOWN, Barbados – Windward Islands Volcanoes clinched a crucial win in their late bid for a semi-final spot and English county side Hampshire had a light work-out when Group “A” play continued in the Super50 Cup on Thursday here.

A crucial half-century from Barbados-born all-rounder Kyle Mayers led a successful Volcanoes chase and earned them an important, three-wicket victory over Trinidad & Tobago Red Force at the Windward Cricket Ground. And, Jimmy Adams and Joe Weatherley hammered half-centuries as Hampshire brushed aside Combined Campuses & Colleges Marooners by nine wickets in the battle of the bottom-placed teams under the lights at Kensington Oval.

Mayers struck two fours and four sixes in 53 from 48 balls and shared 97 for the sixth wicket with Kavem Hodge to earn Player-of-the-Match award and get Volcanoes back on track in the chase. Given a sound base of 58 for the first wicket from openers Devon Smith and Johnson Charles, Volcanoes ran into trouble at 124 for five in the 22nd over, as they pursued a bonus-point win to enhance their claims for a place in the Final Four. But Hodge came to the crease and made 32 from 66 balls to repair the damage, and get the Volcanoes moving in the right direction again before he was stumped off the final delivery of Sunil Narine’s 10-over spell. Mayers followed two balls later caught at deep square leg off leg-spinner Imran Khan in the 38th over with Volcanoes needing 34 from 70 balls, but eliminating any chance of the bonus-point victory they craved. Delorn Johnson and Volcanoes captain Shane Shillingford came together to carry the fight the rest of the way. Narine ended with 4-42 from 10 overs and Khan 3-51 from his 10-over spell. Earlier, Tion Webster hit four fours and two sixes in 58 from 77 balls and his captain Denesh Ramdin gathered 50 from 44 balls that included five fours and a six, as Red Force dug themselves out of at 184 for six in the 41st to reach a competitive total. Webster and Isaiah Rajah with 34 shared 74 for the second wicket for Red Force before their departure left the side wobbling on 108 for three in the 29th over. Ramdin then produced a captain’s knock to prop up the innings, adding 44 for the fourth wicket with Nicholas Pooran, 30 for the sixth wicket with Sunil Narine and 41 for the seventh wicket with Roshon Primus. Shillingford ended with 3-54 from his 10-over spell to be the most successful Volcanoes bowler. Red Force will now have to wait on the outcome of Volcanoes’ final preliminary match against Hampshire on Saturday before knowing their fate. The defeat, the third for Red Force, left them on 22 points and still favoured to advance from group “A” to the semi-finals along with reigning champions Barbados Pride. Volcanoes, third on 17 points, need a victory and a bonus point from their final match – along with a superior net run rate – in order to eclipse Red Force.

Hants lost Thomas Alsop cheaply for 11 in the fifth over, but their captain Adams hit an unbeaten 66 and Weatherley supported with 56 not out to see the visitors to a comprehensive victory. Adams struck six fours and a six from 68 balls and Weatherley crashed eight boundaries in an 88-ball innings, as the pair shared a 114 – unbroken – for the second wicket. Choosing to bat, Marooners were bundled out with Kjorn Ottley hitting the top score of 50 and captain Kyle Corbin adding 31. The pair gave the Marooners a solid start, as they put on 56 off 62 deliveries for the first wicket. Ottley lashed four fours and three sixes in a 57-ball outing and Corbin also scored at a fair clip in a 37-ball knock which included six fours. After Gareth Berg trapped Corbin lbw in the 11th over on his way to figures of 3-28 in 10 overs, the batting of the composite side lacked substance and stability, as Hants claimed their second win in seven matches and Marooners slid to the bottom of the standings with their fifth defeat.