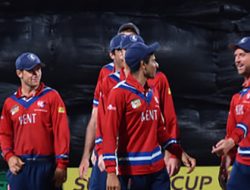 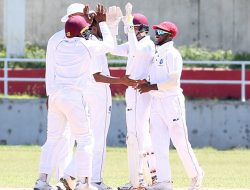 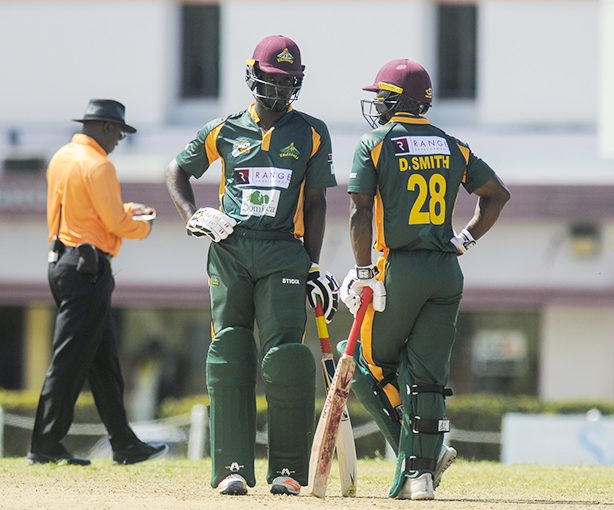 BRIDGETOWN, Barbados – Andre Fletcher picked the ideal moment to produce his maiden regional One-day hundred to set Windward Islands Volcanoes up for their most convincing win in the Super50 Cup on Saturday before Combined Campuses & Colleges Marooners literally got the last laugh on Barbados Pride.

Fletcher cracked a brilliant 136 and shared a record-breaking, fourth-wicket stand with veteran Devon Smith, as the Volcanoes crushed Hants by 136 runs in their final Group “A” match at the Three Ws Oval to romp into the semi-finals and shatter Trinidad & Tobago Red Force’s hopes. Later, half-centuries from Kyle Corbin and Player-of-the-Match Yannick Ottley helped Marooners sign off with a comfortable six-wicket victory over depleted reigning champions and Group “A” winners Barbados Pride at Kensington Oval.

Fletcher smashed five fours and eight sixes from 135 balls and Smith struck 11 fours in 84 from 89 balls, sharing 155 for the fourth wicket to lead Volcanoes’ best batting effort for the tournament. Chris Wood shone in an outstanding spell of left-arm fast-medium bowling, taking 5-38 from 9.4 overs, and former Barbados and WINDIES speedster Fidel Edwards kept up his wicket-taking form with 4-51 from nine overs. In reply, Hampshire recovered from the loss of two early wickets to reach 67 for two in the 15th over. But left-arm spinner Kavem Hodge grabbed 4-24 from 8.4 overs, and his captain and Volcanoes champion off-spinner Shane Shillingford bagged 3-45 from in his 10-over spell, as the English county side crumbled to defeat. The result meant that Volcanoes – who needed a bonus point victory to reach the Final Four – grabbed the required five points, ending the group stage level on 22 points with Red Force, but sneaked into the semi-finals by virtue of having more wins. It also confirmed three of the four semi-final places with Pride already qualified as the Group “A” winner and Guyana Jaguars booking their spot on from Group “B” on Friday night following their win over Jamaica Scorpions in Antigua.

Corbin hit the top score of 66 and Ottley was unbeaten on 54, as the Barbados-based Marooners successfully chased their victory target to get the last laugh on the Pride in their day/night contest which brought the curtain down on Group “A” play. The result was of academic interest, due to the Pride having already qualified, but it gave the Marooners something about which to brag on their neighbours. Ottley formalised victory for the Marooners with 21 deliveries remaining, when he played a well-pitched delivery from Chemar Holder to point and scrambled a single. Pride, missing a number of regular players either through WINDIES and WINDIES “A” duty, and injury, earlier could not find the right tempo to their innings, after they chose to bat on a slow pitch. Roston Chase carried on his rich vein of form with the top score of 48, Kenroy Williams made 32, former Marooners captain Omar Phillips got 24 and Hayden Walsh, Jr added 21. Jermaine Levy was the most successful Marooners bowler with 3-28 in his 10-over spell and Ottley grabbed 2-24 from eight overs.