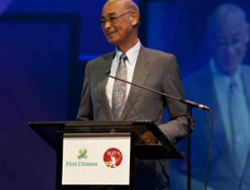 KINGSTON, Jamaica, CMC – Captain of the Jamaica Scorpions, Nikita Miller, says he was more focused on winning and less concerned about breaking records  during  their recent victory over Trinidad and Tobago Red Force in the fourth round of the WICB Regional Four Day Tournament.

Miller grabbed nine wickets for 41 runs in Trinidad and Tobago’s second innings to inspire Jamaica to a 132 run victory at Sabina Park.

His figures were the best in West Indies’ domestic history, becoming only the sixth bowler to claim nine in an innings since 1966.

“Leaving the field some fans asked me why I didn’t push to get all 10, but really as captain I was mainly focused on getting Trinidad all out,” Miller told ESPN Cricinfo.

“There were many points at other end when the batsmen were scoring freely, so even while bowling and I didn’t even celebrate the ninth wicket, I was thinking about bowling options, field placements for next bowler and over.”

“My reaction was quite normal and wasn’t overly excited to be honest,” Miller explained.

“I didn’t know at the time it was the best, since I knew Bishoo had taken nine wickets a couple of seasons ago, so I was just glad it was accomplished in a winning team effort.”

Scorpions victory over Red Force have put them at the top of the table on 46.8 points while defending champions Guyana Jaguars sits in second position on 44 points with Barbados Pride on 43.2 points.