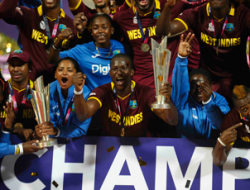 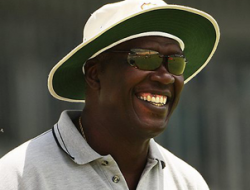 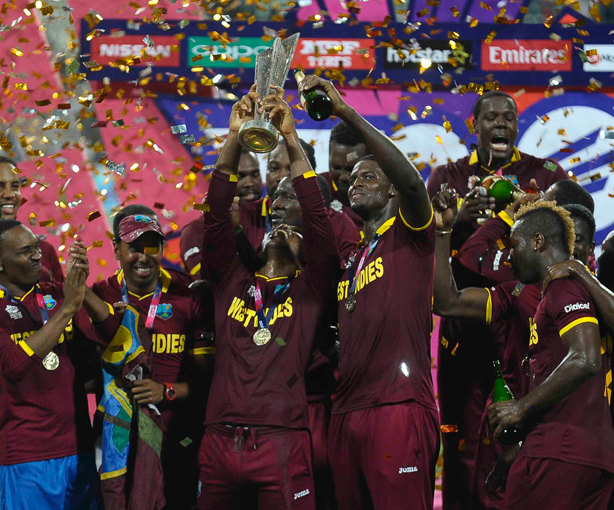 By claiming their second World Twenty20 title in dramatic circumstances, West Indies’ breakaway T20 players may have finally won themselves the place they have been seeking at the WICB negotiating table.

Reacting to the extreme criticism thrown at him and his board, the WICB president Dave Cameron announced that he would meet the players after the IPL at the annual review in June to find a “common ground” where the “best” players can represent the region in all formats.

Cameron was reacting strongly to the crucial remarks made by West Indies captain Darren Sammy immediately after becoming the first team to be crowned World T20 champions twice. In his acceptance speech Sammy said it was “very disappointing” to not hear from the WICB on the team’s triumph against England on Sunday evening in Kolkata.

While expressing his disappointment at Sammy’s “inappropriate” comments, Cameron delivered his most conciliatory message to the players for some time. Previously, he has refused to speak with the group, insisting they must deal with the players association WIPA, whose president Wavell Hinds fell out with them when he agreed to a vastly inferior pay deal in 2014, leading to the disastrous walkout from that year’s ODI tour of India. Cameron has now changed his tune.

“Coming up in May this year, the Board will host its annual review (retreat) with the players, WIPA, selectors and the technical team to review player, management and technical plans. We want to see how we can find common ground in ensuring that the best players in the region are available for selection for West Indies teams,” Cameron said in a statement delivered hours after Sammy and his men stunned England in a dazzling last-over finish.

According to Cameron, the reason the meeting with the players, which would also involve selectors, team management and the West Indies Players Association (WIPA), was planned in June was because many of the senior Caribbean players like Chris Gayle, Dwayne Bravo, Kieron Pollard and Carlos Braithwaite would be busy with the IPL which will be played between April 9 and May 29.

The board and selectors have omitted big names like Bravo, Sammy, Pollard from the ODI squads ever since West Indies abandoned the India tour. Bravo and Pollard were not considered for last year’s World Cup by the Clive Lloyd-led selection panel and have not played any ODI since October 2014. This January, when the WICB announced annual retainer contracts for 15 players, it said that the short list was arrived at by keeping only the Test players in mind.

One of the major stumbling blocks for the players is WICB’s insistence that they play in the regional tournaments consistently in order to be eligible for the international engagements in all three formats. The WICB has said that the players who travel around the world playing in the T20 franchise-based tournaments, cannot expect to be picked solely on their experience and stature.

Although Cameron has extended an olive branch, he highlighted that the WICB approach is hardly going to change going forward. “We are fully aware of the financial rewards on offer in the lucrative international T20 leagues, but we believe deeply in the importance of cricket to the people of the region and of West Indies cricket’s place in world cricket. It is therefore a priority to have all of our players competing and available for selection. We will also engage the ICC on this so that we protect not only the rich heritage and legacy of West Indies Cricket, but also its future. “

Incidentally, the WICB release was titled ‘WICB President has high praises for World Twenty20 Organisers’. The only word of praise for Sammy and co came indirectly when Cameron described the WICB was “overjoyed” by the fact that two West Indies teams – women and men – had won the WT20 titles. But Cameron did not waste the opportunity to remind the players who was still in charge. Cameron “pledged” to address the issue of Samy’s outspokenness and take any necessary action.

“The President would like to however apologise for what could be deemed inappropriate, comments made by the West Indies’ male captain, Darren Sammy in a post-match interview and would like to apologize on behalf of the WICB, to the millions of fans who witnessed,” the statement said. “The President has pledged to enquire the reason and will have the matter addressed.”

In an earlier media release the WICB had sent a thank you note to all the three teams – men, women and Under-19 – for emerging as the champions this year. “The men, women and Under-19 teams within the last three months have made the West Indies a region worthy of tremendous attention by being the best at the international level in World Cricket. We are indeed a proud set of people today and we want to thank ALL OF YOU for your tremendous support,” the release, titled ‘From the desks of the CEO (Micheal Muirhead) and President (Cameron)’, said.

“The men’s team has been electric and exciting in their performances during the tournament and we are all PROUD. This is a defining moment for Cricket and we ought to thank each and every one of our Directors, Management, Staff and supporters for the support West Indies Cricket has received. This is a truly ecstatic moment and we are indeed proud of this momentous achievement.

“The T20 format is a springboard to the other formats and we will use this as an opportunity to continue the development work we have to do to make the overall cricket product better. The men executed their comprehensive plan and we are pleased with the results. We salute the entire delegation on the hard work and commitment showed. We congratulate the team and management.”