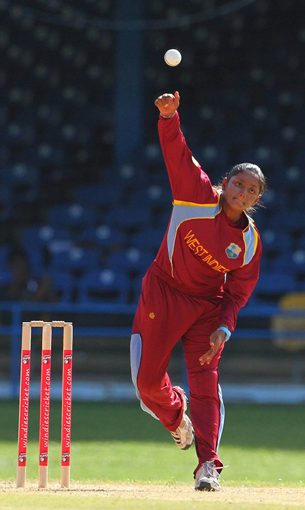 West Indies Women have picked 30-year-old uncapped allrounder Erva Giddings for the first three ODIs of the five-match series against England Women, which starts from October 8.

The 13-member squad does not include Kyshona and Kycia Knight and Shakera Selman, who were part of the World T20-winning team earlier this year. Offspinner Anisa Mohammed has been appointed vice-captain.

Giddings, who bowls medium-pace, was invited to attend the West Indies Women’s training camp in Jamaica last month. She had earlier been picked in the West Indies side for the tour of Pakistan in 2008-09, which was called off due to security reasons.

The first two matches between West Indies and England – on October 8 and 10 – will be played at the Trelawney Stadium, Florence Hall. The last three matches, at Kingston’s Sabina Park on October 14, 16 and 19, will be counted for points in the ICC Women’s ODI Championship.

West Indies are second on the table, with 20 points from 15 matches, while England trail them by one point. Australia Women, who lead the group with 30 points, have already secured their place in the 2017 Women’s World Cup.