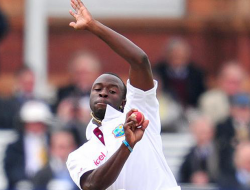 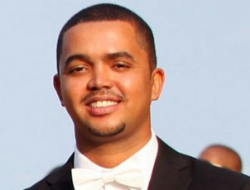 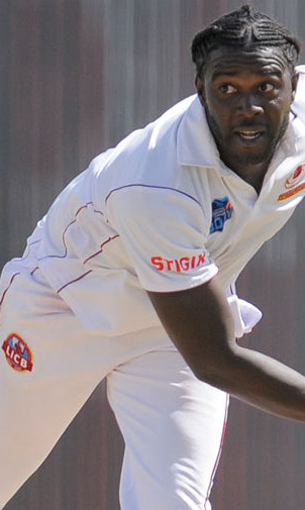 National fast bowler, Gavin Tonge, racked up his 200th wicket for the Leeward Islands Hurricanes over the weekend, reaching the milestone after picking up eight for 104 runs in his team’s 94 runs loss to the Windward Islands Volcanoes in the Regional 4 Day competition in Dominica on Monday.

The veteran pacer who represents Bethesda on the local front, bagged five for 56 in the first innings before returning to claim three for 48 in the second innings.

Coach of the Hurricanes, Reginald Benjamin, hailed Tonge’s achievement; also recognising that of Jahmar Hamilton who picked up his third First Class century.

“I have to big up Gavin Tonge for picking up his 200th wicket playing for the Leeward Islands. We’re all happy for him because he is a true trooper and he is very honest and open during discussions; so I would like to congratulate Jahmar Hamilton and Gavin Tonge for reaching such a milestone. In our meetings we congratulate them and encourage them to push on, not only for the Leeeward Islands but for the West Indies because I know we have a few players who definitely, the selectors would have to give a look,” he said.

Benjamin, himself a former national cricketer, however lamented the team’s poor showing against the Windward Islands who picked up what was only their first victory of the tournament on Monday.