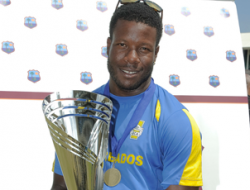 New Jamaica Franchise one-day captain, Nikita Miller, believes the team has prepared well and should give a good account of themselves during the WICB NAGICO Insurance Super50 cricket tournament, which bowls off today in Trinidad & Tobago.

Speaking shortly before the team’s departure yesterday, Miller said since the 14-man squad was announced in mid-December, a lot has taken place both in training and during practice matches.

“I am happy with the way how our preparations has gone thus far,” Miller said.

“We have been drilled by the coaches during training, with emphasis placed on our individual and team weaknesses.

“We also played two practice matches, and while our batsmen did not come off as well as we would have liked, our bowlers equipped themselves well.”

Miller, who took over the reins of captain from all-rounder David Bernard Jr, also expressed the importance of executing their plans on the field.

“We have a fairly balanced squad, who with each passing day, has been improving,” he said.

“The team has also been exposed to a number of game-sense training, including sessions under floodlights.

“It is just for us now to put on our game face and execute.”

Jamaica, coached by Junior Bennett, and his assistant, Robert Samuels, are slated to play Leeward Islands Hurricanes in their first Group B encounter at Queen’s Park Oval tomorrow.

They will then face last year’s beaten finalists, Trinidad & Tobago Red Force, also at Queen’s Park, on Sunday, before closing out the preliminaries against West Indies Under-19s next Tuesday at the twin-island republic’s National Cricket Centre.

The winners and runners-up in each group will progress to the semi-finals, which is scheduled for next Thursday and Friday at Queen’s Park Oval.