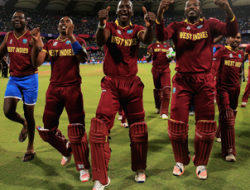 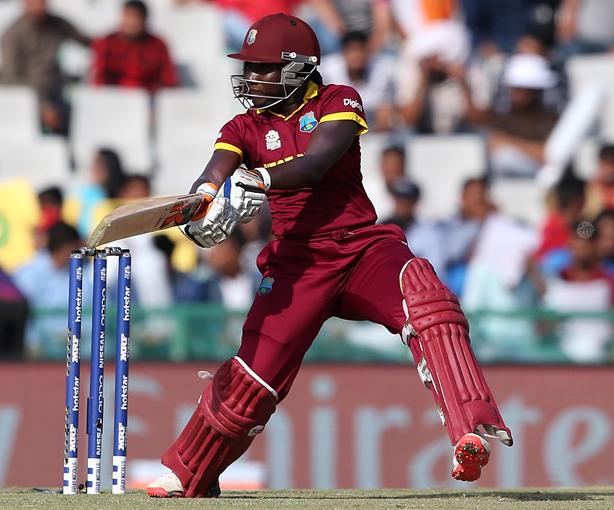 Having controlled the controllable by beating India, West Indies were faced with a nervous-yet-optimistic wait to see if they made it through to the semi-finals of the Women’s World Twenty20 for the fourth time in a row. The result was all but confirmed somewhere halfway through Pakistan’s chase against England, when it became evident that an upset wasn’t on the cards. A Pakistan win would have left three teams tied on six points.

West Indies’ victory was engineered by two of their most talismanic cricketers. Stafanie Taylor started off as a basher who wanted to emulate Chris Gayle. Over time, she has managed to find a middle path, seamlessly switching between attack and a slightly more mellow brand of cricket that has worked beautifully for a West Indies side, which, despite all the talent, is far from having a pool of the kind Australia and England enjoy.

Taylor’s tournament scores of 40, 40, 35 and 47 are testimony to the responsibility she had handled admirably, even as Deandra Dottin, one of the cleanest strikers in the women’s game, overcame a few hiccups to come good when it mattered most. She may not play textbook cricket, but how effective her methods were was for everyone to see on Sunday in a must-win game.

Having waited for a brief while to see off India’s spinners, Taylor quickly realised it would be a futile exercise. Standing outside the crease to get to the pitch, she unfurled sweeps and delicate paddles with the spin. Curbing her natural instincts worked as she milked the bowling to scuttle India’s choke by spin.

Taylor later revealed what was spoken about during the course of the 77-run stand with Dottin that turned the game around, after West Indies had been 26 for 3 after seven overs. “It’s about your mind. Some of us think that you have to actually hit the ball to get runs, but space is always there,” she said. “The partnership between Dottin and I was very crucial. We lost wickets and needed to rebuild, we did that and it was fantastic.”

Normally not known to be too expressive, Taylor went a step further and elaborated on why the transformation in their batting had come about. “We’re not getting the consistency that we actually want in the top order, which means most of us have to try and dig deep in the innings and hence we get to low totals because we don’t get the start we actually want,” she said. “It’s a different ball game now. Hopefully, we get to the semi-final and we just have to go there and bring our A game.”

Questions about the nature of the surface were inevitable, even as reports in the local media suggested the Indian men’s team had requested a turner, forcing a late switch. It was put to Taylor that the pitch was slow, but she had a different assessment. “I think it was easier than where we were last [in Dharamsala] and I think India got the better half of the wicket,” she said. “They did some smart bowling and we ended up with 115 and we knew that we have to bowl tight.

“We were hoping for 125-130 but we didn’t get that, but got 115. With the bowling that we have, we had to see how much we could try and minimise them in the first six and not let them get away. Our plan was to get Mithali Raj early and that’s what happened and that pushed them back. We could pull back the game then. After the first six, I thought we did a good job and in the end the way we pulled back was good. Think it was a good game.”

She may have made it sound easy, but there was mild panic in the camp as Jhulan Goswami set about thwarting West Indies’ designs. She kept chipping the singles and then unfurled a big six, her only one in a 19-ball 25, to bring the equation down to 12 off nine balls.

“I was actually thinking, ‘How could I let this happen again?’ We knew how to bowl to her but sometimes when you’re in a tense situation, things just get out of your hand,” Taylor said. “We knew we had to get her out and win the game because she’s a fantastic striker of the ball and she did well for them. Also, me pulling back the game by giving Deandra ten runs to defend was actually good.”

With 10 needed off the final over, she could either turn to Shaquana Quintyne’s legspin or Dottin’s mix of seam-ups and cutters. Even before the final ball of the penultimate over was bowled, Dottin was seen running up and having a word to the captain, almost as if to suggest she wanted the ball at any cost. Taylor entrusted her the responsibility, and it worked.

“There wasn’t any talk really,” she laughed, when asked of the plan. “I just decided that I was the more experienced one to bowl the penultimate one and I know that if I could get Deandra runs to work with, she will definitely pull it off with ten runs on the board. I mean I should have tried to give her more but it didn’t happen. But with ten runs, I definitely thought she could do it.”