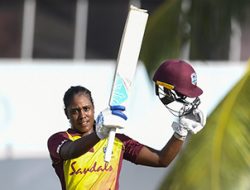 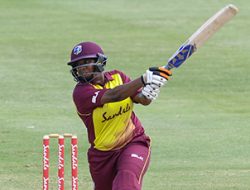 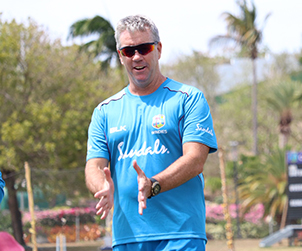 St John’s, ANTIGUA – Stuart Law has resigned as Head Coach of the WINDIES Men’s team to take on a new role in January 2019.

Law, who took over as Head Coach in February 2017, leaves after guiding the Test team to series wins against Zimbabwe and Bangladesh and the ODI team through the ICC World Cup Qualifiers and into the 2019 Cricket World Cup.  Law also oversaw the first WINDIES Test Match win in England for 17 years with a five-wicket win at Headingley.

Law will continue in his role for the upcoming away series against India and Bangladesh and will leave to join Middlesex CCC in the New Year.

Stuart Law stated “I have had to make the difficult decision to leave my role of Head Coach with CWI. It has been very enjoyable, and I believe we have made tremendous strides forward as a Team during the past 2 years. I would like to thank the players, staff and the fans for their support over this period, I have appreciated it greatly. I will be taking a role with Middlesex CCC which will keep me close to my family, whilst continuing within the cricket family. I wish the players and staff of CWI every success in the future.”

Director of Cricket, Jimmy Adams, said “While I regret his leaving and the timing of it, I fully understand his reasons, and along with everyone at Cricket West Indies (CWI) want to thank him for his dedication and commitment whilst in the role and wish him the very best of luck at Middlesex.”

Chief Executive, Johnny Grave commented “I am disappointed that Stuart is leaving as I believe that we have made real progress under his leadership.  I know it was a difficult decision for him and that ultimately the opportunity to work in England, where his family is now based, was a major factor in his decision.  We will start the process to appoint a new Head Coach immediately.”