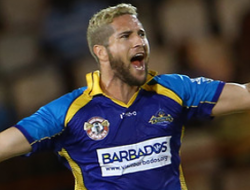 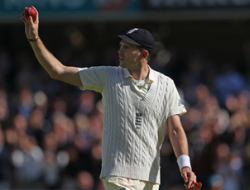 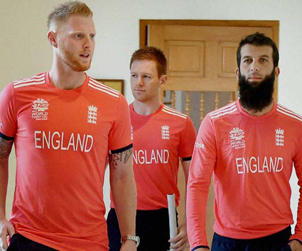 Print
England have resisted the temptation to rest players for the upcoming five-match One-Day International series against Windies. It had been thought they would rest some of their multi-format players ahead of the winter’s Ashes tour but Joe Root, Moeen Ali, Ben Stokes, Chris Woakes and Jonny Bairstow have all been included in the ODI squad although Moeen, Woakes and Stokes will be rested for the solitary T20 match at Durham next Saturday (September 16).
There is no place for Durham’s Mark Wood – England want him to get more red ball bowling ahead of the Ashes – Middlesex’s Steven Finn or Kent’s Sam Billings for either series despite all being part of England’s Champions Trophy squad earlier this summer. Nor is there a place for Nottinghamshire’s all-rounder Samit Patel in the fourteen men selected despite his excellent form in both the Royal London One-Day Cup and NatWest T20 Blast this season.
This series will be the start of England’s preparation for the 2019 World Cup. Despite a disappointing Champions Trophy, falling at the semi-final stage to eventual winner Pakistan, England’s selectors have stuck to the personnel who have helped contribute to their improvement in white ball cricket over the past two years. In the ODI squad, only Tom Curran is uncapped and there are no potential debutants in the fourteen man T20 squad.
Eoin Morgan will lead both squads after recently playing for Barbados Tridents in the Caribbean Premier League and will be joined for the ODIs by fellow batsmen Jos Buttler, Alex Hales, who has been in magnificent form for Nottighamshire, Root, Bairstow and Jason Roy. The one-day squad has a number of all-rounders including Woakes, Moeen and Stokes as well as David Willey and leg-spinner Adil Rashid. The fast bowling stocks are filled by Liam Plunkett, Jake Ball and Curran.
For the one-off T20 match, Stokes, Moeen and Woakes have been rested and will be replaced by seamer Chris Jordan, batsman Dawid Malan and left-arm spinner Liam Dawson. There is no place in the T20 squad for leg-spinner Mason Crane, who could make his Test debut at Lord’s this week, despite him playing in the T20 series against South Africa earlier this summer. Crane will instead play Championship cricket for Hampshire ahead of his likely inclusion for the tour of Australia.
T20I Squad: Eoin Morgan (c), Jonny Bairstow, Jake Ball, Jos Buttler (wk), Tom Curran , Liam Dawson, Alex Hales, Chris Jordan, Dawid Malan, Liam Plunkett, Adil Rashid, Joe Root, Jason Roy, David Willey.
ODI squad: Eoin Morgan (c), Moeen Ali, Jonny Bairstow, Jake Ball, Jos Buttler (wk), Tom Curran, Alex Hales, Liam Plunkett, Adil Rashid, Joe Root, Jason Roy, Ben Stokes, David Willey, Chris Woakes.Taken from CricBuzz
Share to...