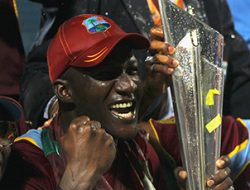 Daren Sammy Appointed As The Newest Member Of CWI... 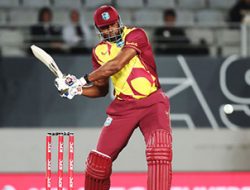 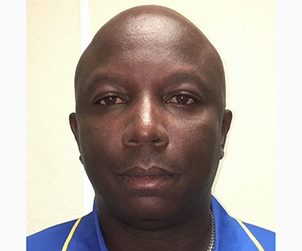 Former Barbados cricketer Shirley Clarke has taken a major step in his coaching career after he was recently appointed as the new head coach of the Windward Islands Volcanoes franchise for a one-year period starting July 2021.

The 44-year-old Clarke who has been coaching for two decades received a vote of confidence from the Windward Islands Cricket Board (WICB) as the right man for the job.

Clarke said it felt good to be given this wonderful opportunity and that he was definitely looking forward to the challenge of coaching a regional franchise for the first time.

“At this stage of my career, this is the right step forward and it is also a stepping stone for me,” Clarke told Barbados TODAY during a telephone interview.

Sharing what the interview process was like before the WICB made its final decision, Clarke said: “It was challenging but I got through it because I just believe that this is the right move and I am looking forward to doing a good job with this particular franchise. The opportunity was there and I just applied and was successful. As I said I am ready for the challenge, looking forward to it and I definitely want to do a fantastic job.”

Clarke holds an Australia High-Performance Level 3 certificate and is also a Cricket West Indies coaching assessor. Over the years Clarke has had great success as head coach of the Carlton club winning the under-13, 16, 17, senior titles, first division and most recently the Barbados Cricket Association Sagicor T20 Shield in 2019.

In addition to winning several championship trophies, Clarke has managed to help Carlton club to produce quality players for the West Indies team including his son Kyle Mayers. At one point Clarke also had a stint with the Barbados coaching team to India for the T20 Champions League tournament and also coached the Barbados Under-19 squad.

Now that he has been afforded this great opportunity, Clarke said that it was his intention to gain the trust of the players, some of whom he is already familiar with having previously worked with them.

“My focus will be the players making sure they feel comfortable and gaining that trust early. It is just a matter of me going there and finding out exactly what are the priorities,” Clarke explained.

He added that as a coach who worked mostly at the club level, the transition to the regional front should not be difficult because he was experienced enough and knew what was required.

“Basically, it is just applying what I know already and also observing. But I don’t think it will be that difficult because I played at that level already,” he added.

Some of the notable names Clarke has worked with in the Windward Islands franchise are Sunil Ambris, Kevon Hodge, Emmanuel Stewart, Preston McSween, Devon Smith and Kimani Melius.

Born in Baywood, St. James and having spent some of his earlier years in Black Rock, St. Michael, Clarke expressed what a satisfying journey it has been so far in his cricketing career both as a player and now coach.

“Besides winning trophies for the club at the junior and senior level, the players that obviously came through my junior program at Carlton club, those that went on to represent either Barbados or the West Indies youth teams and now the senior teams, that is the most pleasing part for me,” Clarke said.

He also spoke about the joy of working with players and seeing them come through the ranks especially his son Kyle who has burst on to the international scene and was recently rewarded with a retainer contract by Cricket West Indies.

“Obviously my son Kyle, he would have gone right through the ranks and now plays Test cricket for the West Indies. Keon Harding is right there at the moment and he just made his debut in Bangladesh in the One Day Internationals for the West Indies. There is also Matthew Forde, Nyeem Young, Ramon Simmons who represented the West Indies youth team in the World Cup and before that we had Shamar Springer.

“We also had Nicholas Kirton, another guy who played international cricket for Canada and also Barbados. Having those players come through under me and perform well makes me feel good and that I really achieved something besides the winning of the trophies and stuff,” Clarke added.

In addition to playing for Barbados, Clarke also represented the Combined Campuses and Colleges from 1999 to 2008 where he featured in 12 first-class and five List A matches. He played with some of the most notable names in West Indies cricket during his time as a player. These include the likes of Sherwin Campbell, Philo Wallace, Floyd Reifer, Courtney Browne, Roland Holder, Ian Bradshaw, Corey Collymore, Ryan Hurley, Pedro Collins, Ryan Hinds and in the latter part of his career, Dwayne Smith, Tino Best and Fidel Edwards.

Clarke said he wants to leave a great legacy behind and for him, the sky is the limit as he plans to coach an international side whether it be West Indies or another global outfit.

“I want to be part of that elite coaching setup and being able to coach at that level, I am really aspiring to do that,” Clarke said.