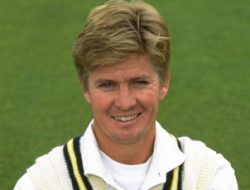 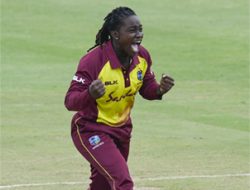 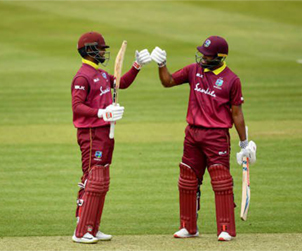 The selection panel of Cricket West Indies (CWI) named the 14-man squad for the first and second One-Day Internationals of the Colonial Medical Insurance Series against Ireland. The day/night matches will be played at Kensington Oval on Tuesday, January 7 and Thursday, January 9. First ball is 1:30pm (12:30pm Jamaica Time).

There is one change from the squad which played the recent three-match ODI Series against India in December. Jason Holder, the leading all-rounder in Test cricket and red ball West Indies captain, who played all three formats in India, has been rested with a view to managing his workload.

“The decision was taken to rest Jason Holder due to the heavy workload he has had over the last year. With an important year ahead for West Indies cricket, we saw this as the best opportunity to give him a break to recharge his batteries and refresh his mind so he could be ready to perform at his best as our Test captain throughout 2020, as the number one ranked all-rounder in Test cricket and an important member of the team in the white ball formats.”

Harper added: “The Afghanistan and Indian series told me that the team is making very positive strides. Winning the ODIs against Afghanistan, our first ODI series win for five years, followed by the very competitive performance in against India is testament to that. The team demonstrated a determination to compete and gave it every effort. Against India the batting was consistent and while the bowling had its moments, it is clear that we have to improve our ‘death’ bowling. However, the fact that the team played in such an organized and competitive manner consistently augurs well going forward.

“This series against Ireland offers us the opportunity to build on the performances in India, build confidence as a team and for individual players. Just like the series against Afghanistan, the Ireland series is an important one for us, one we must win.”

The panel also named a 13-man CWI President’s XI squad to face Ireland in a 50 over warm-up match at the Three Ws Oval at the Cave Hill campus of the University of the West Indies. This match will be played on Saturday, January 4. First ball is 9am (8am Jamaica Time).

Tickets go on sale in Barbados from Thursday, January 2 at the official ticket booth at Kensington Oval from 9am daily. Fans can buy tickets starting at US$15 (BDS$30) for standard seating and US$25 (BDS$50) for premium seating. Fans can also visit the CWI website, www.windiescricket.com, to make their online ticket purchases through the “Buy Tickets” button.