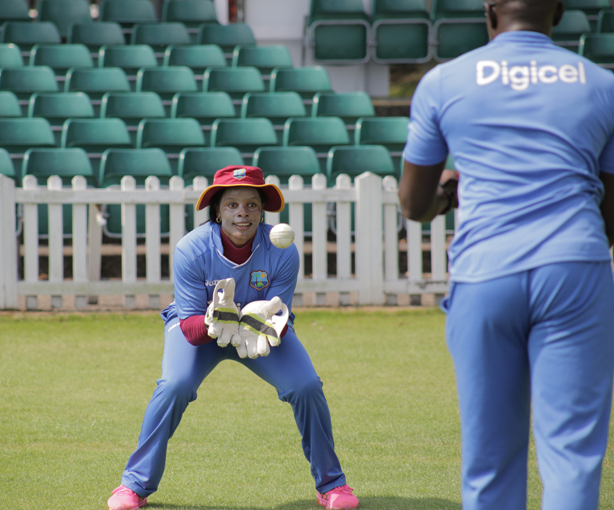 21st June 2017 Comments Off on Sport Windies Will Surprise Many Views: 1025 News

The Caribbean side has been labelled as one of the favourites, but doubts surround their One-Day International form following eight defeats in their last 11 outings.

“We are just grooming in slowly but surely and we know … our mission, we know what we came here to do, but at the end of the day we just have to trust ourselves, believe in each other and just go out there and execute well.”

West Indies Women have had a suttering start to their preparation, looking unconvincing in losing all three of their unofficial practice games.

Their most recent defeats came last Friday against India Women when they slipped to a five-wicket loss at the Leicester Grammar School, and yesterday when they lost to Pakistan by five wickets.

However, Aguilleira said though the results had not been positive ones, West Indies had used them as valuable match practice to improve their game.

“Even though some of the matches were a little bit disappointing, I am not worried because every time we played a game we learnt more and we understand what we have to do, so it’s all about a process,” she noted.

Captain Stafanie Taylor, opener Hayley Matthews and fast bowler Shamilia Connell have looked in good touch, but overall the side have failed to fire as a unit.

They missed a few chances in the field against India and lacked purpose in their bowling late in the innings as the Indians escaped from a position of 86 for five.

Aguilleira, in her third World Cup, said it was important each player took responsibility for their performance.

“Everyone has to pull their weight. It is important. We are a body and we need the hand, we need the foot, we need the thumb, we need everybody cooperating and on one page,” the Trinidadian pointed out.

“If we have one person is not on the same page, I think we will have mishaps, so I believe every single player has to pull their weight.”

The notoriously unpredictable English conditions have proven a challenge for the Windies, with chilly temperatures and rain a feature of the early summer weather.

And Aguilleira said overcoming this hurdle would call for a professional attitude from all players.

“Conditions will play a huge part in [the tournament], but I think it’s all about being a professional at the end of the day,” she explained.

“You know you have to come in any kind of conditions and play to the best of your ability, and I believe we are a team that can come and deliver on the particular day, but it’s just making sure we are mentally, physically and emotionally prepared for it and I think we’ve been doing that pretty well.”