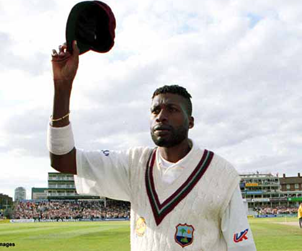 “Sheldon bowled very well in the warm-up game in Benoni. He’s looking good, but we can rely on all the bowlers to bowl South Africa out twice,” said the former West Indian fast bowler from Antigua who played 98 Tests.
“Having Sheldon as a left-arm bowler could be the difference.”

Despite a Test ranking of eighth, ahead of only Zimbabwe and Bangladesh, Ambrose predicted his side could compete with the hosts.

“I feel very confident we will do well, contrary to what others believe – even though South Africa are the number one team.”

Despite the South African pitches known to favour pace bowling with prodigious movement off the deck, Ambrose said a disciplined approach by his charges would be key.

“I’ve played in places where they are known to be bowler-friendly and the main thing is to keep focused and put the ball in the right areas.

“No one bowler can win a match; it takes a team effort. We’re certainly not going to bowl anything for them to drive.”

West Indies have had a poor record against South Africa. They have lost ten of 12 previous Tests in South Africa, managing just one win and one draw.