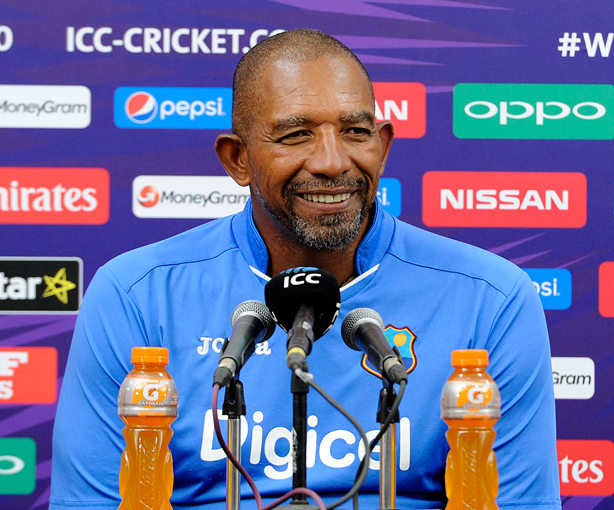 The future of West Indies coach Phil Simmons will be discussed at this weekend’s West Indies Cricket Board (WICB) meeting to be held in Dominica.

Rumours have been circulating that the T&T born former West Indies all rounder was fired by the WICB, but a top ranking official associated with the regional organisation who spoke to us on the condition that their identity remains anonymous said that was not the case.

The source explain: “Simmons has not been fired, at least we at the WICB don’t know of this. The board has a very professional set up and we have different committees in place looking at different aspects of our cricket. Mr Simmons will fall under the cricket operations department and if he has to be removed as head coach of the regional side, then a recommendation has to come from them. We have no recommendation coming from that department to remove the head coach at this point in time.”

T&T Guardian understands that there has been talk that Simmons will be replaced by another former West Indies player in Jimmy Adams. The Jamaican is currently coach of English side Kent in the English County Championship.

The source added that Simmons’ position will be discussed at the upcoming board meeting. “We have a board meeting set for Saturday in Dominica and the coach’s position, as well as the position of other leaders within the set up will come up for discussion. If there is a recommendation to replace him, it will come forward for discussion at that meeting. It is here that the board would either agree or disagree. People in the region need to understand that we run a professional set up and we have systems in place. You don’t just jump up and fire a man just like that. If the need arises to replace someone, there is a proper procedure that must be followed.”

Two weeks ago, Simmons was present in Ft Lauderdale when the WICB met with players and officials to discuss the way forward for West Indies cricket. At the time, he was taking care of the West Indies senior team 2-0 match T2-0 series against India. The West Indies won the series, with a one-run win the opening game. The second match was rained out halfway through.