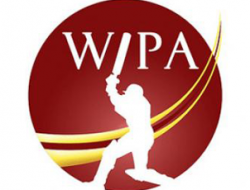 Phil Simmons has been reinstated as West Indies’ coach by the WICB. Simmons was suspended as coach in September after he had expressed his unhappiness with the ODI squad selected for the Sri Lanka tour. His reinstatement, the WICB said in a statement, was “conditioned upon” two criteria: “issuance to him of a letter of reprimand for his inappropriate public comments”, and his “making a public apology to the WICB and persons whom he may have offended”.

The WICB said it will, however, also investigate the allegations made by Simmons, and take action as required against any parties found guilty.

“I regret my public outburst during a press conference on the 25th of September 2015 in Barbados, called to announce the West Indies Cricket Board men’s senior team selected to tour Sri Lanka in October and November, and the revelation of the voting that took place at the team selection meeting,” Simmons said.

“I extend a public apology to all whom I may have offended, I have personally apologised to my fellow selectors and the West Indies Cricket Board and now do so again publicly. I am looking forward to putting this behind me and doing the job I enjoy with the West Indies senior men’s teams, to continue heading towards the goal that we have in sight and towards which we have started working.”

Simmons had alleged outside interference in the selection of the ODI squad for the tour of Sri Lanka, saying he had not been given the best ODI squad. Before the squad was officially announced by the WICB, he said that even though he and the captain Jason Holder wanted allrounders Dwayne Bravo and Kieron Pollard in the team, they were left out. He said that Bravo and Pollard also had the backing Clive Lloyd, the chairman of selectors, but he and Lloyd were outvoted 3-2 in the selection meeting.

Besides Lloyd, the other selectors on the panel are: Courtney Walsh, Courtney Browne and Eldine Baptiste – the last of whom was asked to oversee the team temporarily after Simmons’ suspension.

Bravo and Pollard had not been considered for ODI selection since they were dropped for the series in South Africa in January this year, and their omission from the World Cup squad generated plenty of debate. At the time Lloyd had said he had spoken to the two players and explained to them that the selection panel wanted to move on and give youngsters more chances.

West Indies have been struggling in Sri Lanka, losing all six of the internationals they have played on the tour so far, across the three formats. The final match of the tour, the second of two T20s, will be played on Wednesday.