A Letter to Shivnarine Chanderpaul, by Jimmy Adams West Indies legend Shivnarine Chanderpaul has been inducted into the ICC Hall of Fame, recognising a superb and lengthy career that places him among the greats of Caribbean and world cricket.

Chanderpaul made his Test debut for the West Indies in 1994 against England at the age of just 19. And 21 years later it was again England who were the opponents as he hung up his international cleats after helping West Indies to victory in the third Test in Barbados.

Over the course of that lengthy career, the Guyanese batter scored 11867 Test runs, hit 30 Test centuries and maintained an average in excess of 50, finishing with 51.37.

Only Brian Lara has scored more runs or reached a century more times for West Indies than his long-time teammate.

Chanderpaul captained the West Indies for a short period between 2004 and 2006, helping bridge the gap between Lara’s leadership era and Chris Gayle’s captaincy tenure.

Chanderpaul’s journey to the top

Whispers of a talented youth prospect from Guyana were spreading from the moment a 10-year-old Chanderpaul made his debut for Demerara Cricket Club’s under-16s, and he continued his developmental momentum for Georgetown Cricket Club and under the coaching eye of his father Kamraj.

A knock of 90 on his first-class debut for Guyana came when he was just 17, and he registered a first-class century in the following season against a touring Pakistan side, finishing on 140*.

Chanderpaul’s superb returns with the bat on a West Indies Under-19 tour of England in 1993, as well as a handful of wickets with his useful but ultimately part-time leg spin, earned him a shot at the full Test side while still a teenager.

The ability of Chanderpaul to accumulate runs was clear from the start of his international career, although he struggled to reach three figures for some time, with his first Test century coming 19 Tests into his career.

It was no surprise that West Indies selectors had given him that long in the side however, with Chanderpaul still averaging 49.28 and hitting 13 fifties in those first 18 Tests despite being yet to reach three figures. 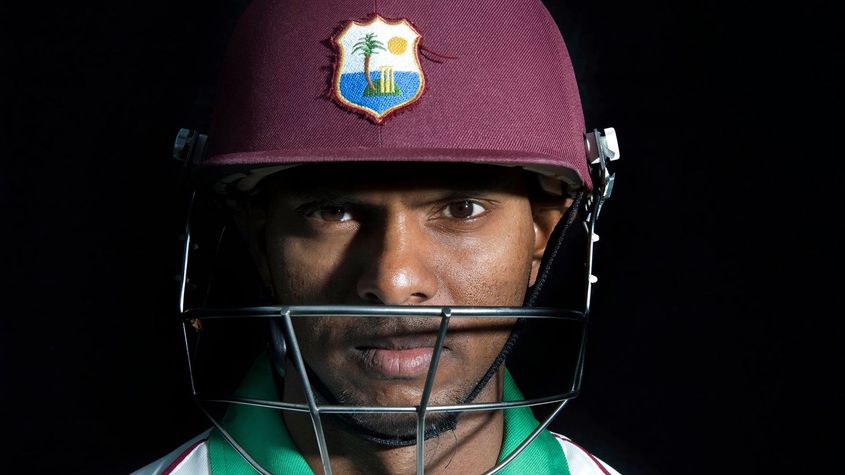 Chanderpaul under his West Indies helmet

A career of two halves

Chanderpaul had scored plenty of Test runs in the eight years since making his Test debut, without taking that step up into the world-class bracket and struggling with a reputation of being injury prone.

But an operation to remove some floating bone from his foot at the turn of the millennium proved to be a huge moment for Chanderpaul’s career.

He barely missed a Test series from that moment forward, and his Test-century count kept on rising right from the moment he ended a four-year drought against India in Georgetown in 2002 – his first of three hundreds in that series.

After Lara’s retirement in 2006 and with West Indies lacking much in the way of star quality with the bat, Chanderpaul became the glue in the batting order, holding the team together and slowing his scoring rate accordingly in order to protect the wicket that all opponents most wanted.

Yet even under that enormous pressure, Chanderpaul continued to churn out the runs in world-class quantities.

Only 13 players from all nations in the history of the game have reached 30 career Test centuries, putting Chanderpaul in elite company.

And in terms of career returns, the seven names above Chanderpaul in the all-time Test run-scoring list are an indicator of the company in which he keeps. Those players, in ascending order, are Lara, Kumar Sangakkara, Alastair Cook, Rahul Dravid, Jacques Kallis, Ricky Ponting and Sachin Tendulkar.

The diminutive left-hander was perhaps most well-known among casual fans for sporting an unusual technique that saw him face the bowler almost square on.

And it was that unique style of play that both caught the eye and yet often overshadowed his run returns.

Extravagant cover drives and scoring in the V were largely absent from his game, but Chanderpaul’s success underlined that there are many ways to achieve success in the sport. 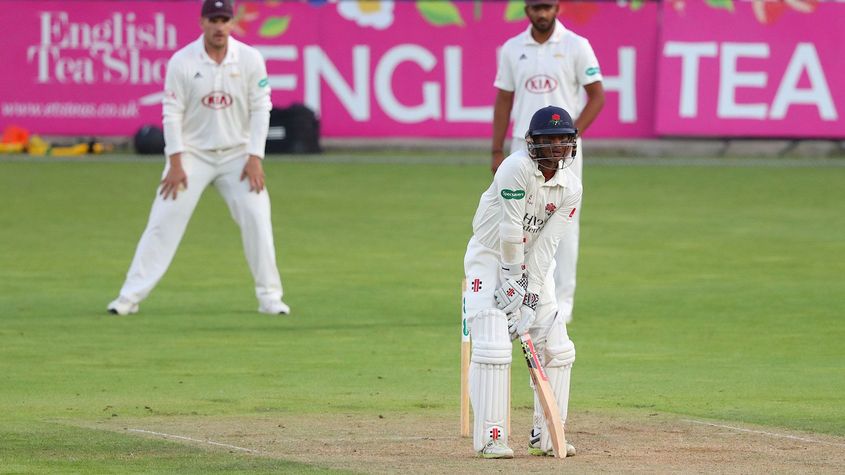 Chanderpaul in action in a County game in England in 2018

The impression of Chanderpaul as a gritty middle-order rock was forged by necessity rather than design, as he illustrated with a contrasting ODI career.

Only Lara and Gayle have scored more runs in the maroon strip of the West Indies than Chanderpaul, with the former’s runs coming at a lower average. In fact, Chanderpaul remains in the top-five for career ODI averages for West Indies.