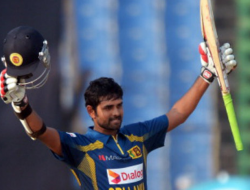 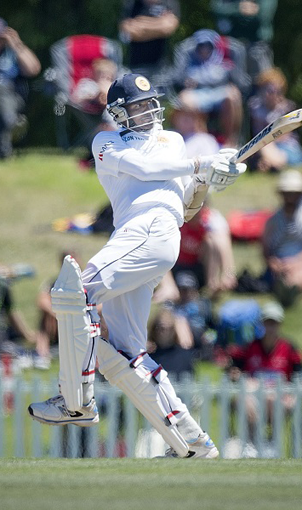 Sri Lanka fast bowler Shaminda Eranga has been ruled out of the upcoming Test series against West Indies because of another injury sustained during a period of rehabilitation. He hasn’t played for Sri Lanka since January 2015, and missed the home series against Pakistan because of a back problem and the Tests against India with a groin niggle. The latest setback is also a groin injury.

“Eranga unfortunately has been really struggling to recover from a few of his injuries,” said chief selector Kapila Wijegunawardene. “He started off with a back injury in December, and when he was recovering from that towards June-July he developed a groin injury, and since then every time he was rehabilitated and tried to get into the normal routine of bowling he had tightness in his hamstring.”

“The physio Steve Mount is now really looking at taking him to a more medical solution. Eranga is likely to be ruled out for the upcoming West Indies series. The latest injury is he’s developed a groin injury.

“Every time he recovers he develops a new injury which is worrying us a little bit. When you are recovering from an injury your natural tendency is to protect that injury and invariably you end up putting strain on another part and you tend to tear that. That is what is happening. This is about the third time that he is experiencing a recurring injury.”

Until his injury Eranga was considered the spearhead of Sri Lanka’s bowling attack, having bowled them to a historic Test series win in England last year. He took 11 wickets in two Tests, including the scalp of last man James Anderson that sealed the 100-run victory at Headingley.

In Eranga’s absence Dhammika Prasad has taken over the role of main strike bowler, picking up 29 wickets in the series against Pakistan and India. Until quite recently Prasad too was unable to go through a Test series without injury problems, but he has worked on his fitness since.

“It’s about understanding your body, understanding which areas you need to strengthen,” said Wijegunawardene, a fast bowler who played two Tests and 26 ODIs for Sri Lanka. “Today the workloads are far more than what a fast bowler had to endure a few years ago.

“It’s all to do with how disciplined you are on the physical fitness side and understanding which parts of your body need to be focused on. These boys really need to be professional and focused, and care for their own well being over and above the routine that you do in a team environment. These boys need to be looking at themselves individually also.”

Wijegunwardene said that apart from Eranga the rest of the fast bowlers were fit and available for selection. “They are all looking lean and mean and ready to go. They do understand there is competition now and there are a few young boys yapping at their heels.”