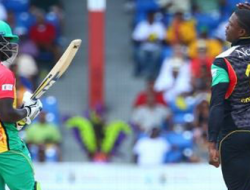 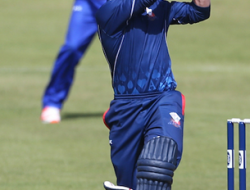 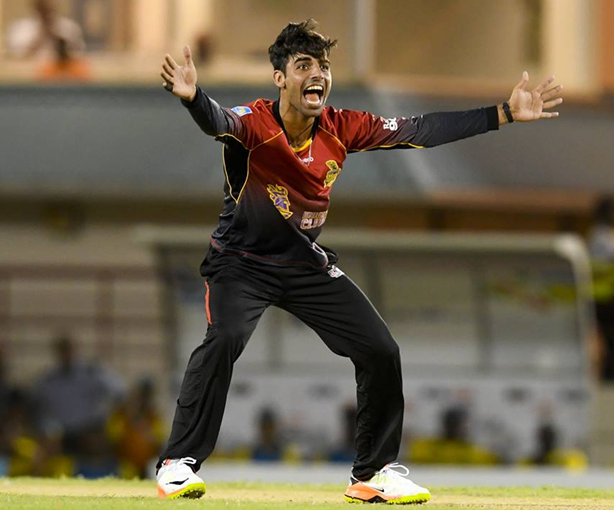 In a match full of continuous twists and turns, Shadab Khan’s fine all-round efforts (30 not out and one wicket) helped Trinbago Knight Riders secure a four-wicket win over St. Lucia Stars in the Caribbean Premier League 2017 encounter played at Port of Spain on Tuesday (August 8).

While chasing down a modest target of 119, Trinbago were in a spot of bother at 75 for 6, but Shadab shared an unbeaten stand of 45 with Jevon Searles (27 not out) to pilot his side home with 26 balls to spare.

At the halfway stage, Kevon Cooper and Trinbago’s slow bowlers had ensured the home side were in the ascendancy. Brendon McCullum’s cameo (19 off 9 balls) further cemented Trinbago’s strong position. The former New Zealand captain smacked three sixes, including a couple of them off Shane Shillingford to put the opposition on the backfoot.

However, at that crucial juncture of the encounter, Shillingford ran through Trinbago’s batting line-up to give St. Lucia genuine hope of registering a come-from-behind win. McCullum slogged one to the fielder stationed at mid-wicket, while Colin Munro attempted a switch hit only to be adjudged LBW. Darren Bravo then tried an ill-advised cut on a track staying low and was castled. Shillingford also prised out Denesh Ramdin by cleaning up the wicketkeeper-batsman with the arm-ball.

Mitchell McClenaghan joined in the act by shattering Dwayne Bravo’s stumps with a searing yorker. Shadab, the 18-year-old legspinner, however, calmed down the nerves in the camp by pinching singles and twos. He found an able ally in Searles as the duo ran the opposition ragged. When Andre Fletcher was introduced into the attack in the 14th over, Searles also thumped the part-timer for a boundary to bring the equation down to 20 off six overs.

With Shadab looking to anchor the innings, Searles decided to launch the big shots by thwacking McClenaghan for a couple of sixes into the downtown territories in the 16th over. By then, it was more or less a foregone conclusion that Trinbago would cross the finish line. Searles, who is mainly known for his pace bowling in the domestic circuit, then finished the match in style with a boundary off McClenaghan.

Trinbago’s bowlers also deserve their fair share of the credit for picking up wickets at regular intervals to peg St. Lucia back. Only Fletcher (40) and Darren Sammy (25) made useful contributions, as St. Lucia’s batsmen couldn’t come to terms with the slow nature of the pitch. Cooper and Dwayne Bravo shared five spoils between them, while Shadab, Sunil Narine and Khary Pierre took one wicket each.

Trinbago have won both their matches so far, while St. Lucia have slipped to two losses in as many games.