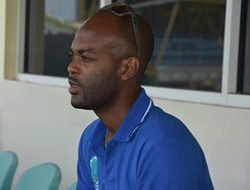 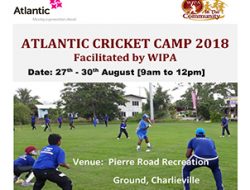 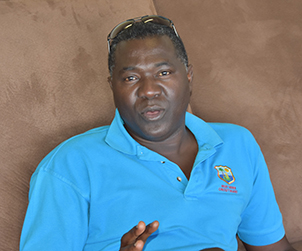 27th August 2018 Comments Off on Selection For Windies Teams – The Process Is On Course Views: 1326 News

Selection For Windies Teams – The Process Is On Course

KINGSTOWN, St Vincent – “When a player reveals they are reading more, and that they are committed to self-motivation training and you have seen improved performances, that tells you that some our players are committing themselves to playing the best cricket for West Indies. Ideally, a selector wants a player that is a self-starter and while that mostly is not the case,” Chairman of Selectors, Courtney Browne, sees the process he and his team are employing, over time, will work towards the benefit of West Indies Cricket.

Browne also feels that what will help to drive more consistent performances from our players, is having a second tier of well-prepared players to put selection pressure on the incumbent players. However, this can only be achieved by having a well-organized Franchise system with pre-season and off-season programs to enhance and improve the standard of play and players within the region. This would complement the amount of cricket being played, in different formats, by increasing the quality of play by the pool of players that are available.

Starting September this year, West Indies will play India and Bangladesh away; they will return home to face England and India; the one-day team will participate in the Cricket World Cup, May to July next year and there are several other tours to come. That means the selectors will be under pressure to assemble the best units to represent in the different formats. Additionally, there will be World Cup for Under 19s in 2020 and the 2020 World Twenty20 Championship.

That is a lot of cricket and Browne and his team will have to ensure that each team has a fair chance to be competitive and win. Since the West Indies made its international debut as a Test playing nation in 1928, there is one issue that attracted the most talk “selection” and today, nine decades later, that has not changed.

Browne is adamant that his team has the right approach to the process and with the approach presently being used, he thinks the performance of the teams will improve steadily.

We asked Browne, what were some of the thoughts that came to mind when he thinks of his role as the Chairman of Selectors for West Indies Cricket. We made him write them down, so we have evidence. It was a mix of adjectives and phrases – they include teamwork, challenging, getting the fans to understand the process, teaching and learning and rewarding.

As a follow up, we asked about the preparation and you will find the process interesting. Browne emphasized “research.” He expanded by highlighting this as a process. The obvious thing to collect is current data on the players; however, an important part of the overall process includes:

Those are just some of the key success factors for a player to get into a squad. What Browne emphasized that ideally “a player is required to show consistent performances for at least a two-year period (ideally three) to be placed in the elite squad. And then the player is managed based on the role they play in the team over time.

Browne likes the work he and his team does, similar to that of a Human Resource Manager as the process of selection and deselection is really one which looks at performances over a period and how the players adapt; and whether the team is able to win matches, series and looking ahead, World Cup and World Championship, where applicable.

The role of Chairman is one with a high volume of administrative work and this current team, led by Browne looks at: scheduling of selectors for all tournaments at the senior and age-group levels; periodic reports, evaluation and updates for all categories of players in keeping with contractual obligations, player issues with West Indies Players Association (WIPA); periodic updates to the Board of Directors and media appearances.

With the long list of tours to come for men and women, the Selection Panel is on the road and with the Women’s World T20 Championship to come in November; the men’s team to tour India and Bangladesh before end of 2018; the pressure is on.

Browne, who is in St Vincent and the Grenadines for the West Indies Under 19 Championship. The tournament is a two-format event with the teams playing 3Day and 50-overs. Trinidad and Tobago won the 3Day version so far.

In part II of this series, Browne looks ahead to the CWC 2019 and we will have a look at how the panel will look to narrow a squad of 18 with less than 280 days to go. WINDIES Men qualified from a tournament in Zimbabwe in March this year.