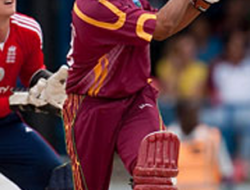 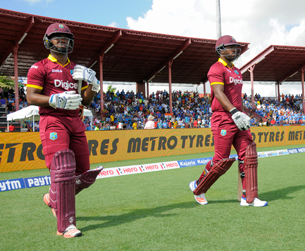 At a time when many people are critical of West Indies cricket and not sure of the direction it is going, one corporate citizen is putting its money and effort to ensure the future is better.

The Sandals Foundation, the philanthropic arm of Sandals Resorts International, has once again launched its annual cricket Academy in St Lucia, this marking the 14th year that they have done this, as part of their corporate social responsibility.

The Foundation, which is the brainchild of Sandals Chairman Gordon ‘Butch’ Stewart, is the culmination of over three decades of dedication to playing a meaningful role in the lives of the communities where Sandals operates across the region.

President of the St Lucia Cricket Association Julian Charles remarked at the opening last month that Sandals Foundation is setting the benchmark throughout the region, where its resorts are located.

Charles commended the young St Lucian players for dominating the under-15 Windward Island championships over the years adding that the contribution of the Sandals cricket camp cannot be under-estimated. He added that the country is very hopeful that its young cricketers will follow in the footsteps of Darren Sammy and go on to make it big on the world stage.

The Sandals Foundation has invested just around half a million EC dollars on the camp over the past years. Over 30 young men will be exposed to an intense week-long training programme comprising several top coaches such as national and regional cricket coach Alton Crafton, and where they will also be exposed to life-skills training, such as media engagement.

Director of Programmes for the Sandals Foundation Heidi Clarke said the initiative of investing in the continued development of Cricket in the Caribbean is one that will always have a place with the company’s philanthropic arm.

Sandals Regional Public Relations Manager Sunil Ramdeen appealed to the young players to not be seduced only by the glitz and glamour of the shorter form of the game, but that they should aspire to reach the level of Test specialists. He says this is the gold standard, and if the young men achieved this level, they could do well in any form of the game.

Drawing reference to the recent defeat of the West Indies Test team in St Lucia, Ramdeen urged the young attendees of the camp to seize the opportunity offered, and to ensure that when they wear the West Indies colours, teams like India, Australia and England will once again fear to land on Caribbean shores for a Test series.

He said the Sandals Foundation cares about the region’s future stars, and believes in programmes that emphasize youth empowerment through education, discipline and dedication to sportsmanship. “We believe that things can be better, and we want to play our part in making them better.

“Our hope is to harness the passion, energy, skills and brand power of our people. Our goal is to tackle issues under three broad headings; community, education and the environment. Sport is very much a magnet within communities, drawing young men and women away from otherwise negative influences, and it allows them to coalesce into a productive unit. We believe in you, and we ask only that you believe in yourselves.”