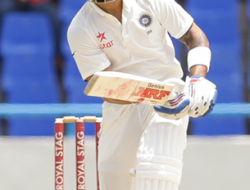 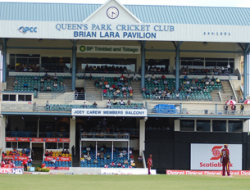 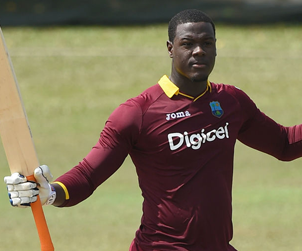 23rd August 2016 Comments Off on Sammy’s blessing allowed me to ease into captaincy – Brathwaite Views: 1620 News

Sammy’s blessing allowed me to ease into captaincy – Brathwaite

West Indies’ new T20 captain Carlos Brathwaite said a vote of confidence from his predecessor Darren Sammy and encouragement from the senior players made his transition into the role easier.

The WICB named Brathwaite to lead the side against India in two T20 matches in Florida on August 27 and 28. Sammy, who led West Indies to two World T20 titles, had announced the news of his axing as captain through a Facebook post and was later dropped from the squad.

“He just told me, ‘Congratulations’. He heard it before I spoke to him, and he just said, ‘Congratulations, it’s a big challenge’. He gave me his blessing and as a senior guy appreciated it, which allowed me to ease into the role,” Brathwaite said at a press conference after the fourth Test against India in Port of Spain. “I haven’t officially started yet, but it has allowed me to transition easier from just being told [about the captaincy] to the excitement of wanting to get on the field and lead. It was a good vote of confidence speaking to Sammy, then I saw him at a charity event, saw some of the senior guys as well, all have been telling me positive things.”

Matches in USA will be a spectacle – Brathwaite
Carlos Brathwaite also fielded a question from India offspinner R Ashwin at the end of his press conference. Ashwin, who was due to speak to the media after Brathwaite, asked the West Indies allrounder whether he thought India would get more support during the upcoming T20Is in the USA. Brathwaite said the series was “testing the waters”, after the USA leg of the CPL had been well-received.

“It’s funny because the US has a lot of Caribbean supporters and I think a few Caribbean people who used to like cricket but probably don’t follow it anymore would love to come out and enjoy some games in the US. Whether they will be supporting West Indies or India I don’t know, but I think it will be a very good spectacle. From all reports, CPL had a fantastic ovation and it was well-received. And I hope this is the start of big things. We are next-door neighbours and the US is a powerhouse so let’s see how it goes. We are testing the waters a bit, hopefully it goes well and hopefully this is the first of many in the USA.”

Brathwaite stressed that members in the West Indies side were “mature enough” to handle a change in leadership. He added the players enjoyed each other’s company and, from that point of view, leading the side would be easy.

“I think a team like this will be pretty easy to lead, from the point of view that the dressing room is a fun place to be. I don’t think it’s a case where I have to negotiate too many egos,” he said. “The guys enjoy each other’s company. It’s just a matter for me to go there, do the things that I can do, firstly as a player and then a captain, continue to mould the team that Darren has started to mould, efficiently.

“Again, the most important thing is getting victories for the West Indies. As a new leader, things might change bit by bit. It’s just about adjusting and then for me to find ways for the team to continue to win.

“I don’t want to get too deep into the psychology of changing leaders and stuff like that. I think all the guys are mature enough. We have had cases where some of the guys were captains, and then played the next series under a different captain. We are professionals, we all know what we have to go out there and do.

“It’s a matter of, first, to go out there and win games for the West Indies and I hope that my leadership can influence that in some part. Even if it doesn’t, if we win the games that will be the most important thing.”

Brathwaite, 28, has only recently found himself settling into West Indies’ limited-overs sides. One of his best moments came during the World T20 final against England earlier this year. With his team needing 19 runs off the last over, he struck four successive sixes off Ben Stokes to take the side to their second T20 title.

Prior to that tournament, however, Brathwaite had played only two T20Is – against South Africa in January 2015 and against Bangladesh in 2011. His place in the Test team, meanwhile, is not settled. He made his debut against Australia during the Boxing Day Test at the MCG last year, but has played only two matches since then. In the series against India, he was picked for the first Test where he scored a duck and an unbeaten 51, but was dropped for the remaining matches.

Brathwaite said feedback from the selectors about his exclusion gave him a chance to become a better all-round player.

“I want to be the best I can be. I want to myself available in all three formats for the West Indies and I obviously don’t want to make goals I haven’t been able to fulfill as yet,” he said. “Again a bit old, but I don’t know if I’ll be able to see us back at the top in Test cricket as yet. But just improvement and progression, I think we start to improve and I want to be a bigger part of that improvement and progression as well.

“Being dropped, I got a clear message from the selectors why I was dropped as well. I was disappointed but it’s a chance for me now to go forward and get a bit stronger and get a bit better as well and when you get that chance again, whenever it may be, it is up to me to take that chance and become a better player all-round.”

Brathwaite said that before accepting the captaincy, he had sought clarification from the selectors on their expectations of him.

“Yes there was hesitation. I wanted to contact my family and my close advisors before I took the job. It is an honour, I would never say I didn’t want to take it. But obviously I had some questions that I asked of the selection panel before I took the job. Just basically to clarify why they wanted me, what they expected of me, and coming into the role knowing my job.”