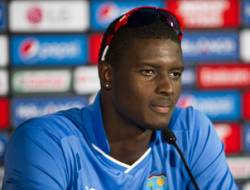 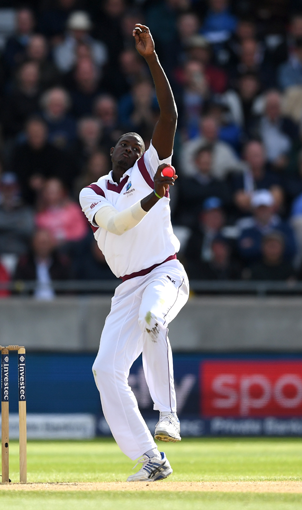 Print
Windies lost 19 wickets at Edgbaston on Saturday (August 19) in a horror display which allowed England to wrap up a three-day victory and take a 1-0 lead in the three-match rubber. It was about as poor a display of Test match batting as you could see from the tourists and their innings and 209-run defeat does not bode well for the competitiveness of the rest of the series.
A lack of basic discipline and patience, some might even say fight, resulted in a disproportionate number of poor shots from the Windies batsmen, eight of whom were dismissed twice in the day. On what was still a good pitch for batting, the visitors’ capitulation, for that is what it was, within 93 overs across both innings should elicit plenty of stern words from coach Stuart Law. Despite their inexperience, this simply wasn’t good enough.
It was England’s third Test victory in a row, the first time since the summer of 2014 against India that they have won three successive matches. It will not, however, have told them much they didn’t already know about their team and unless the Windies improve markedly in the next two Tests, England will have learned little ahead of the Ashes series.
James Anderson, who took four wickets in the day, was probably the pick of England’s bowlers – it took the visitors 21 deliveries before they scored a run off him today – but Stuart Broad was equally impressive. When he dismissed Shane Dowrich in the final session, Broad overtook Sir Ian Botham to become England’s second-highest Test wicket taker. At 31, there’s plenty of time to add to his 384 victims.
Resuming on 44 for 1 this afternoon, the Windies lost the remaining nine wickets in their first innings for 124 runs to be bowled out for 168 just after the lunch interval. They were 346 runs behind England and with plenty of time left in the day, Joe Root enforced the follow-on perhaps more in hope than expectation of wrapping things up today. As it was, the visitors were bowled out for 137 second time round, losing six wickets for 61 runs after tea, and the win was sealed at 8.56 pm.
The day’s rout had been started by Anderson, who dismissed Kyle Hope and Roston Chase without conceding a run and then ran out Keiran Powell by two yards from mid-off for good measure. The ball to dismiss Hope was a beauty, jumping from a good length to take the shoulder of the bat to Ben Stokes in the gully. The one to Chase was less spectacular but no-less effective as the batsman chopped a good length ball on to off-stump with an angled bat. Powell’s attempted run was suicidal.
He was not the only batsman to be complicit in their own downfall. Shai Hope drove expansively and loosely at Roland-Jones and played on for 15 before Shane Dowrich swiped across a full delivery from the same bowler and was plumb LBW. Captain Jason Holder swished unconvincingly a number of times outside off-stump before finally edging Moeen Ali behind for 11. With his side in trouble, it was a poor show from the captain.
When all was going to pot around him, Jermaine Blackwood at least stood firm. He finished with 79 not out from just 76 balls and took full advantage of the width offered to him early on, in particular by Stokes. It was a fighting innings which included two sixes but the number six found little support. Broad bowled Kemar Roach and dismissed Alzzari Joseph LBW before Miguel Cummins was run out by Tom Westley as Blackwood tried to steal the strike. It rather summed up the tourists’ innings.
It cannot have taken much time for Root to decide to enforce the follow-on given his bowlers had only got through 47 overs worth of work and the shambolic nature of the opposition’s batting. Within five overs, Anderson had his 491st Test wicket when Powell played away from his body to a ball angled across him and edged to Alastair Cook at first slip.
Kyle Hope was next to go LBW to Roland-Jones and Shai Hope followed shortly after wafting at a rising delivery from Stokes and edging to Joe Root. They were two more poor shots to add to the list. Kraigg Brathwaite, the only front-line batsman not to be dismissed twice in the day, battled gamely for 40 before missing a turning ball from Moeen on the stroke of Tea which was given out LBW on review.
That left England with six wickets to get in the final session which they did in less than 20 overs. Blackwood was the first to go, stumped off Moeen, rather undoing his good work of the first innings, and Chase was LBW to Broad from a ball which kept low. Holder was dismissed next ball, caught at second slip, and although Roach kept out the hat-trick ball, England were not to be denied. The last three wickets fell soon enough, Broad finishing with 3 for 34, which put the Windes out of their misery and sent a raucous Edgbaston crowd home happy.
Brief scores: England 514/8 decl. (Alastair Cook 243, Joe Root 136; Roston Chase 4-113) beat Windies 168 (Jermaine Blackwood 79*; James Anderson 3-34) & 138 (f/o) (Kraigg Brathwaite 40; Stuart Broad 3-34) by an innings and 209 runs.