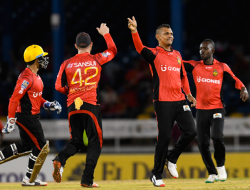 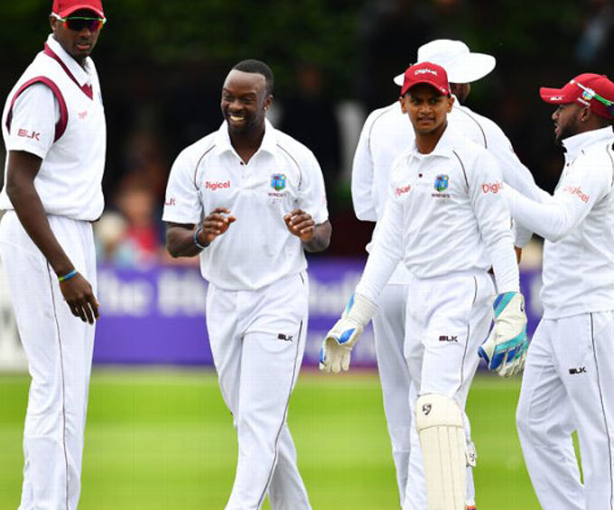 3rd August 2017 Comments Off on Roach working on moving the ball as he aims at Test return Views: 1563 News

Kemar Roach took further steps towards playing his first Test since January 2016, carrying over his promising domestic form into West Indies’ first warm-up match, against Essex, ahead of the three-Test series against England. Following his 3 for 17 on the second day of the thee-day warm-up fixture, Roach shed light on the efforts he has been taking towards the Test return.

“I’m looking to make the ball go both ways. I always had it in me, but I need to perfect it even more and I’ve been working hard on that,” he said after a rain-hit day in Chelmsford. “Today, it was perfect. The line and length was spot on. That’s where I wanted to be. I want to keep working and building on that.”

Roach is the most experienced member of the 15-man squad, having played 37 Tests since his debut in 2009. He was dropped owing to poor form at the start of 2016, but has since made strides in the Professional Cricket League, West Indies’ first-class tournament, where he took 23 wickets at 16.17 for Barbados.

“It’s pretty tough to go there after almost two years off, to catch up with things. Test cricket is the biggest form of cricket, and I’ve been working hard and I want things to be right back here. So I’m going to go there, help the young guys in the team and put some good performances.”

Roach is no stranger to English conditions. He played in West Indies’ previous tour of England, in 2012, and took eight wickets – the most for his team – despite playing only two of the three Tests. That apart, he has also represented Worcestershire in the County Championship.

“I’ve been here previously for Test tours. I know certain grounds and how the pitches play and the atmosphere. It’s about adapting quickly. It’s not home, it’s not Barbados. It is colder here. It’s about doing the business right.”

Roach also spoke positively of the format for the first of the three Tests; the match will be played under lights at Edgbaston – England’s first day-night Test. “I’ve played a couple of games with the pink ball back home during the domestic season,” he said. “I think it’s good for cricket. It does a bit more for a bowler’s likes, so that’s good for me.