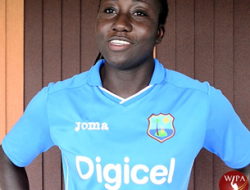 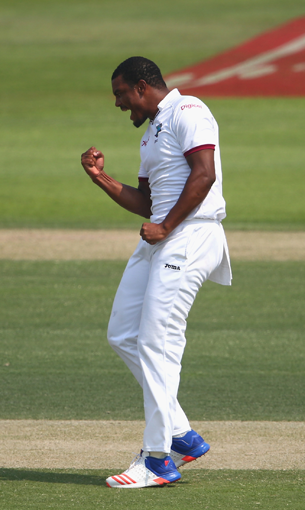 Nobody – not even West Indies’ former players – gave the side a chance after they careened to an innings-and-209-run loss against England in three days in the first Test in Birmingham. In the next Test, West Indies staged one of the greatest fightbacks to chase down 322 to square the series in Leeds. Fast bowlers Kemar Roach and Shannon Gabriel, who claimed four wickets each in the first innings to set the tone for that famous win, want the side produce a similar performance or better it, in the two-Test series against Zimbabwe, starting October 21.

“It was [always] going to be a tough tour of England,” Roach said. “And I think the guys in the second Test came out and showed we can play cricket. So, once we go with the same mentality we had in the second Test against England, I think we will do a very good job on this tour here.”

“We proved a lot of people wrong [in England]. We have a young group of guys who believe in themselves,” Gabriel said.

Roach, who marked his return to Test cricket with 11 wickets at 29.81, including a five-wicket haul at Lord’s, recognised the need to alter the lines and lengths on the slower, drier pitches in Zimbabwe.

“Tough conditions in Zimbabwe – it’s my first time here,” Roach said. “So I’m trying to adapt as fast as possible and looking to win the series against Zimbabwe as well. They [The pitches] are pretty slow, quite a big difference from England. Obviously, it’s the drier part of the world, so you’ve got to adapt and get the lines and lengths right. I think [bowling] fuller is better here. Have to get the ball to do some stuff off the seam and be patient.”

Gabriel echoed his new-ball partner’s comments and reckoned there might be more assistance for the spinners. “I don’t think they are going to give us a pitch with bounce of anything,” he said. “I think it is going to be a bit more slower, and a bit more turn and assistance for the spinners. So we need to adjust and come together as a team. Judging from the pitch we practised here, there is tennis-ball bounce.”

Roach no longer has that searing pace, but he showed skills and smarts in England. That combined with Gabriel’s firepower has lent a fresh edge to the West Indies attack. Captain Jason Holder, Alzarri Joseph, Miguel Cummins, and Devendra Bishoo make up the rest of the bowling group. Roach was pleased with the core bowling group and credited bowling coach Roddy Estwick for his inputs.

“The guys [bowlers] have been doing a good job,” Roach said. “I had been watching from home [when I wasn’t playing]. Our bowling is our strength. We have to keep working hard on that and get better. With more experience, these guys will become better cricketers and better bowlers as well. I think the core of bowlers we have in our Test team is a very good one and hope these guys stick as long as possible.

“I have been working at finding my rhythm and bowling coach Roddy Estwick has been doing a fantastic job. I have had a lot of interactions, and he has given me some good advice. So, I’m confident, going forward into this series against Zimbabwe.”

Zimbabwe have had a good build-up to the series, too, having trumped Sri Lanka 3-2 for their first ODI series win away from home since 2009, and then forcing them to dig deep into their reserves in the one-off Test in Colombo. The last time Zimbabwe faced West Indies, Graeme Cremer’s men prevailed by five runs via D/L method to progress to the tri-series final against Sri Lanka last year.

Gabriel, who was part of the West Indies squad in that tri-series, warned his side against complacency. The hosts are also likely to be strengthened by the return of Brendan Taylor – who was released by Nottinghamshire and recontracted by Zimbabwe Cricket – and Kyle Jarvis, who has also opted out of his Kolpak deal.

“We are looking forward to these two games, and Zimbabwe have been playing some good cricket,” Gabriel said. “They had some success against Sri Lanka in the one-day series and almost pulled off a victory in the Test match. Even when we played them in Zimbabwe in a one-day series, we fell short in one of the games. We don’t want to take them too lightly. We just want to go out there and perform to the best of our ability, and not be complacent.”