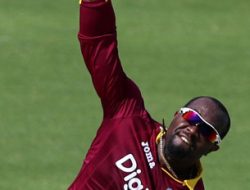 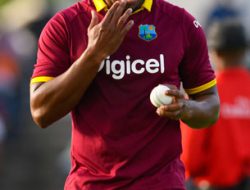 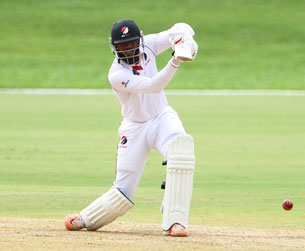 Opening batsman, Kyle Hope is the new captain of the Trinidad and Tobago Red Force Four-Day team. The Bajan becomes the first overseas player to captain the Red Force franchise and takes over the role from Yannick Ottley.

“I am honoured because not only are you representing your team but a country so it takes a lot of responsibility and it also shows that the administrators and the players are willing to give me such a responsibility. Initially I was a bit surprised to be quite honest but at the end of the day it is a massive honour to be given the captaincy,” said the new Red Force captain.

Currently the Red Force are in Grenada to play the Windward Islands Volcanoes at the National Cricket Stadium in the West Indies Cricket Board Four-Day tournament. Experienced wicketkeeper batsman, Denesh Ramdin has withdrawn from the squad due to family commitments while Roshon Primus has been left out due to injury.

Exciting bowling all-rounder, Anderson Phillip has earned his first call-up to the Red Force squad. The 20-year-old impressed with his stint in the Caribbean Premier League with the Trinbago Knight Riders and is expected to bring significant pace and aggression with the new ball.

The new Red Force captain stated that there will be no major changes under his captaincy but wants more consistency from the team. “I might just bring a slightly different point of view because I have played for other franchises and I have played under a number of captains. I just think I will be able to take something from all the guys that I would have learnt from throughout the years and mix that with my style and bring something fresh. I don’t think it will be too different but all captains have their styles but at the end of the day it is all bat and ball,”

He added, “I want to build a culture of discipline because as I have said before I find we play good cricket for small portions of everyday, every session and it is just to increase that and it takes discipline and a bit of effort.”