Reifer just want to play cricket no matter who... 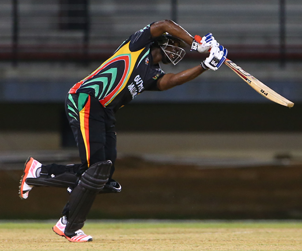 Raymon Reifer described as “top drawer” his unbeaten innings of 84 which helped the Guyana Jaguars edge past the Barbados Pride in Saturday’s crucial Nagico Super50 Group A clash on Saturday.
The performance and victory was extra special for Reifer, a native of Barbados, given the opposition was from his home island.

“It motivated me a bit more,” Reifer told WICB Media after the game. But he added that, “at the end of the day, it’s franchise cricket, so whichever team I play for I’m going to come and play my hardest, be it Barbados, Guyana, Windward Islands, Leeward Islands, I gonna come and put my best foot forward.”

Reifer also noted of his match-winning effort: “You have to be able to do these things if you want to play for West Indies because you can’t go out there at this level, not performing and expect to win games, so you have to practise it from here.”

Speaking of the experience of playing in Guyana, Reifer, the lone non-national in the Jaguars’ squad said:
“It was a bit hard at first going to Guyana because the wickets are a lot different compared to Barbados. There is a lot more spin and stuff, so it challenged me to get a lot better at spin and I’m glad for the experience. I’m gonna continue working hard be it Guyana, wherever I play and gain a lot of experience.”

And Reifer has also fitted into the dressing room comfortably and said the Jaguars back themselves, whether they win or lose.

“There are not many big names in our team but there are guys to get the job done,” he said.