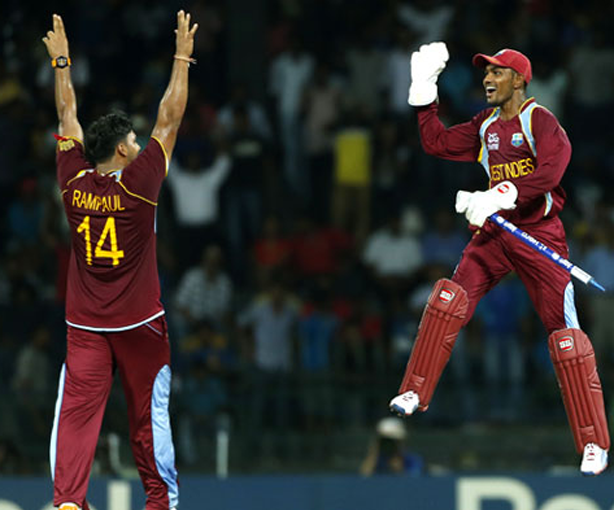 T&T Red Force has been bolstered by the return of senior players Denesh Ramdin and Ravi Rampaul for the second phase of the Digicel Professional Cricket League (PCL) which will take place in March.

Recently Head coach of the team Gus Logie made a call for the senior players to return to the fold to assist the team to climb out of the bottom of the standings. At the end of the pre-Christmas period the T&T Red Force stood at the bottom of the six-team standings. Patrick Rampersad the third vice-president of the T&T Cricket Board (TTCB) said the team is expected to have a stronger look when the series restarts. “We understand from discussions that Denesh Ramdin has given the word that he will continue to play for the rest of the season with us, as well as fast bowler Ravi Rampaul.

“I don’t think it is a situation that the senior players don’t want to play for their country, I think it is the contrary. They want to play and they will once the opportunity presents itself. Dwayne Bravo is injured, Darren Bravo has his situation with the Cricket West Indies and I am sure once dealt with he will be back with us, so I am confident that the best talent will be on display for the rest of the professional cricket league when it gets going again.”

Ramdin and Rampaul are back for the Super50 series and Ramdin is the captain of the team that is currently preparing to defend the title in the upcoming series. Also back in the Super50 team is all rounder Rayad Emrit who missed some matches in the PCL because of his commitments in the Bangladesh Premier League T20 tournament.

T&T Red Force has however lost the services of all rounder Kevon Cooper and Akeal Hosein are both now playing with the Leeward Islands Hurricanes in the Regional Super50.