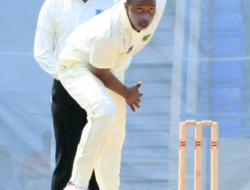 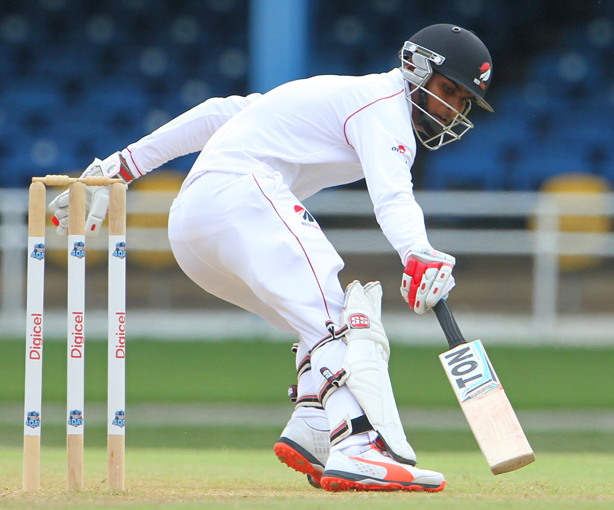 TRINIDAD and Tobago Red Force cricketer Isaiah Rajah is aiming to bring a level of consistency to his game after having a memorable debut against the Leeward Islands Hurricanes in the WICB Regional Four-Day tournament.

Left-handed Rajah scored 69 off 161 deliveries on his first class debut on Saturday sharing in a brilliant 162-run opening partnership with Kyle Hope. Rajah, whose father Aneil and brother Emile both played for TT, slammed 11 fours in his 183-minute stay at the crease.

Rajah would like to play for West Indies one day but the 23-year-old knows that he will have to work hard and be consistent.

“As any youngster, you would always have that aspiration (to play for West Indies), but it doesn’t come just like that. You have to work hard and put in extra hours. It is a matter of consistency at this level, being around the TT team, around the setup, trials.

“It is always a good landmark to reach here but consistency is a key as to continuing to that next level. To get to there (West Indies) you have to put in the work,” the batsman acknowledged.

Rajah, who represented TT at youth level, is satisfied that he got a half-century on debut.

“The runs to my name (will give me) a lot more confidence going into the season and I think it is a booster for me as a youngster so the half-century is there and it is just to carry on from here now.” Rajah admitted he was a little disappointed not to get a century but is still pleased to have some runs under his belt.

“To get to that landmark (century) is a big achievement on debut especially. (I got) 69, falling short, but at the end of the day you are still thankful for going out there. It is a team effort with myself and Kyle Hope getting a 162-run partnership without losing a wicket is another achievement for a debutant myself. To get to the triple that would have been another landmark for me but I am still thankful for the half century.” Rajah praised the Bajan-born Hope for giving him advice at the crease which allowed him to feel comfortable out in the middle.

Rajah said his father was proud of his achievement and said his family has always been supportive.

“He was extremely proud. My dad, my family’s support was there from since I was a little kid.

Having that support is always good encouragement as a youngster.”