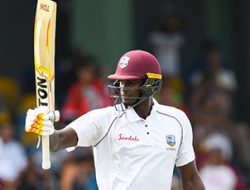 President Cameron, Skipper Holder, Optimistic About The Future Of... 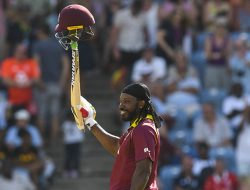 ST. JOHN’S, Antigua – Only two rounds are left to determine the winner of the 2018-19 West Indies Championship, so there will be huge interest in the outcome of this week’s ninth round of matches which opens today in Guyana, Kingston and St. Vincent.

Defeats for front-runners Guyana Jaguars in three of their last four matches has meant that the title race has gotten a bit tighter, but the four-time defending champions are still heavily favoured to walk away with the Headley/Weekes Trophy, symbol of supremacy in the West Indies first-class game.

The Jags top the table with 117.2 points – 23.8 points clear of their nearest rivals, Leeward Islands Hurricanes, and third-placed Barbados Pride a further 2.8 points behind.

With a total of 48 points available to each team over the scheduled final two rounds of matches, plus the Hurricanes and third-placed Barbados Pride still holding a game in hand, making it for them potentially 72 points, the Jaguars still have to keep the champagne on ice and play hard down the stretch to fortify their title hopes.

Jaguars vs Pride in Providence, Guyana

The Jaguars will be pushing hard to bolster their title claims, when they face the Pride at the Guyana National Stadium in the key match of the round, hoping to complete a season sweep against their opponents in a renewal of the regional game’s longest standing rivalry.

Scorpions vs Hurricanes in Kingston, Jamaica

Resurgent, fifth-placed Jamaica Scorpions too, are heading into their contest against the Hurricanes at Sabina Park aiming to complete a season sweep, bolstered by the return of champion left-arm spinner Nikita Miller.

Windward Islands Volcanoes are also hoping for two things, when they meet cellar dwellers Trinidad & Tobago Red Force at the Arnos Vale Sports Complex – that they can put the memories of defeat in the previous round at this venue behind them and they can complete a season sweep over the visitors.

Following are the Official Points Standings in the 2018-19 West Indies Championship after the eighth round of matches.