Blackwood And Archibald Star For Jamaica And Leeward’s With... 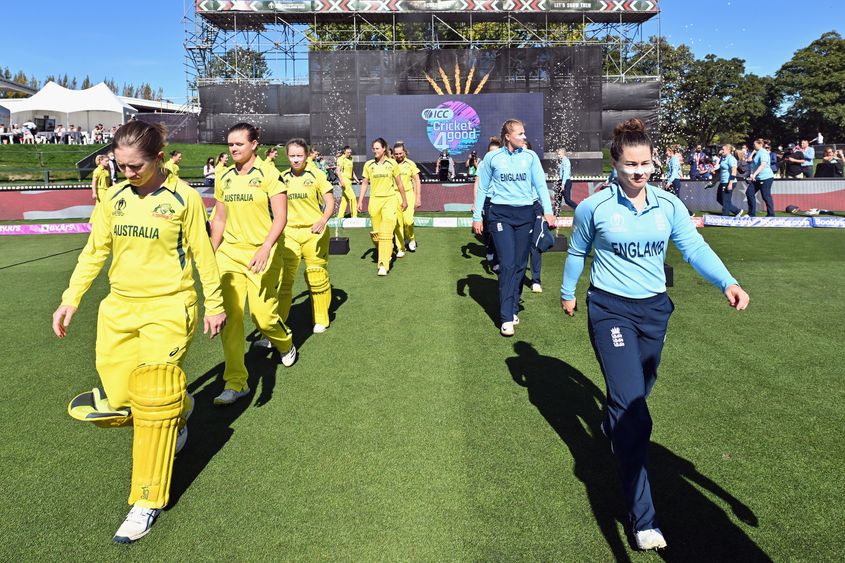 The International Cricket Council today announced the format and series of the third edition of the ICC Women’s Championship (IWC), which kicks off with Pakistan’s home series against Sri Lanka on 1 June.

The IWC has been expanded to 10 teams from eight as part of ICC’s commitment to accelerate the growth of the women’s game and will see Bangladesh and Ireland make their debuts in the competition, which provides a direct qualification pathway to the ICC Women’s Cricket World Cup 2025.

The 10 teams will play eight three-match series each during the 2022-25 cycle comprising four home series and four away series which have been mutually agreed by the participating teams, providing a regular calendar of top-quality competitive cricket for fans around the world to enjoy in between ICC events.

The hosts plus the five top placed teams, will get direct entry to the Cricket World Cup. The remaining two teams will be identified through a global qualifier comprising six teams – the remaining four teams from the IWC plus two others who will be selected according to the MRF Tyres ICC Women’s ODI Team Rankings.

ICC Chief Executive Geoff Allardice said these decisions had been made by the ICC Board in line with the ICC global growth strategy:

ICC Chief Executive Geoff Allardice: “Increasing the number of teams in the ICC Women’s Championship and awarding ODI status to five additional teams will help us to accelerate the growth of the women’s game. More teams playing more regularly creates a more competitive environment as we saw at the recent ICC Women’s Cricket World Cup in New Zealand.

“The context that the IWC brings is so important and ensures fans around the world can enjoy meaningful and competitive cricket throughout the year. I wish all the teams in the ICC Women’s Championship the very best in this next edition and good luck to Netherlands, PNG, Scotland, Thailand and the USA on what I hope will be a great opportunity to develop in 50 over cricket in their countries.”

Meg Lanning, who led Australia to victories in the previous two editions of the ICC Women’s Championship, welcomed Bangladesh and Ireland to the competition.

Australia captain Meg Lanning said: “The third edition of the Championship is going to be exciting. As we saw at the most recent ODI World Cup, there are a number of nations really starting to emerge so we’re going to have to be at the top of our game. We pride ourselves on finding ways to keep evolving and it’ll be more important than ever over the next period.

England captain Heather Knight, who led her team to second position in both previous editions, hopes the IWC will continue to grow in the coming years.

England captain Heather Knight: “We’re really excited about the new cycle of the ICC Women’s Championship. Playing everyone, home and away, in meaningful fixtures provides an excellent structure to the women’s international game and it’s great to get back to our normal schedule after COVID-19. Our objective will be to win as many games as possible and to be in the best place that we can be going into the ICC Women’s World Cup 2025.

“The ICC Women’s Championship is vital for women’s cricket and the decision to increase it to 10 teams is the right one. Hopefully, in the future, we’ll see the championship continue to grow.”

The complete matchups of the 2022-25 championship are available here.