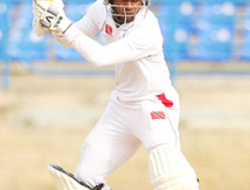 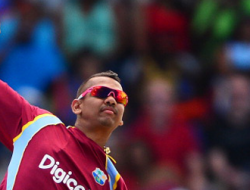 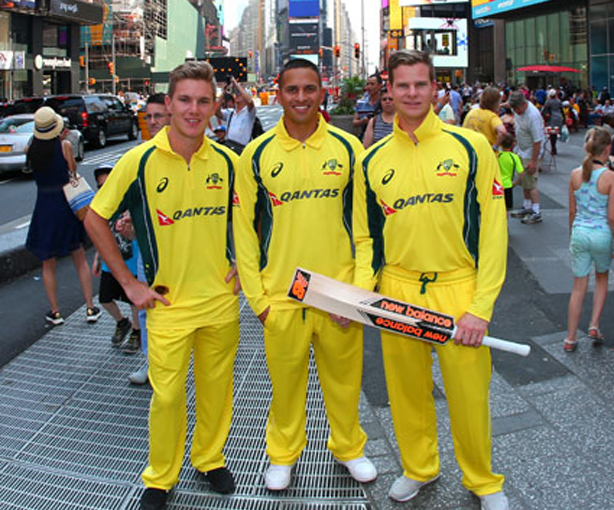 Australia’s interim coach, Justin Langer has forecast the possibility of choosing two spinners on slow Caribbean surfaces in the tri-series with West Indies and South Africa that begins on June 3.

Slotted in as Australia’s interim coach while Darren Lehmann takes some time out ahead of future assignments, Langer does not want to tinker too much with a successful limited-overs formula and will also be seeking to get acquainted with a role he may find himself applying for in a full-time capacity in future.

Langer said that prevailing conditions in the region, most notably Guyana where Australia play their first two matches of the series, meant both Nathan Lyon and Adam Zampa were in the frame to join the allrounder Glenn Maxwell as spin bowling options for the captain Steven Smith.

“In Guyana there might be a possibility of two spinners, it comes down to team balance as well,” Langer said. “I know Glenn Maxwell has talked about the importance of him developing his all-round ability, not just his batting, so he can play a role there.

“I know Nathan Lyon’s desperate to get back into the one-day side and he’s privately said the same thing. Adam Zampa’s had an excellent start to his international career [and bowls] legspin. We might have a look at how many left-handers and right-handers are in the different opposition combinations and in Guyana we may play more than one of them.”

Australia’s players have assembled from a wide assortment of scenarios, whether it was playing in the IPL, recovering from injury or resuming cricket after a post-season break. Langer said it would be a key part of his role to balance the needs of each individual against the team objective to win the series.

“It’s a really interesting time for the Australian cricket team,” he said. “There’s a few changes in the coaching personnel for this tour and also with the players. We’ve got some guys coming from the IPL, some guys haven’t played much cricket for a little while now and a few guys coming back from injury, so we’re going to have to manage that well.

“Davey Warner has just come off an IPL final so everyone’s different and we’ve got to respect that. Some of the guys have had a short break, which is like gold in this current environment, but also this is the start of a long, 12-18 month journey for the boys. We’ve got to manage that really well, and sometimes that’s hard for the public to understand, but this is the start of a long journey for them and we’ll have to manage everyone a bit differently.

“The concern for me is some of our guys haven’t played much cricket at all, and that might be important when we select the first team. Some of the guys who have been playing cricket in the IPL, albeit Twenty20 but they have been playing cricket and you can never underestimate that. So it’s really going to be a challenge how we get the balance right between giving guys match practice without any practice matches and getting the best team on the park as well.”

Having finished coaching duties with Western Australia in the summer, Langer had a dramatic start to the trip in New York when he had to undergo surgery for a badly infected tooth and was then informed his credit card had been defrauded. But he has fond memories of the Caribbean region, starting with the famous 1995 tour when he was a reserve batsman watching Australia regain the Frank Worrell Trophy and end West Indies’ 15-year unbeaten run.

He also acknowledges it will be a chance to think about the role of coaching Australia, four years after he left the team as assistant coach to work with WA. “I look at it as an experience and a great opportunity,” Langer said. “I say I’m a novice coach even though I feel like I’ve been doing it for a long time now, and hopefully I still say I’m a novice coach in 15 years time, because having that mindset means I’ll always keep learning.

“This will be a great experience to be back on the road touring, to see how the Australian cricket team goes about their business. I know they’ve got some great routines that have made them successful and that won’t change over the next few weeks, so I don’t see it as an audition but an experience.”