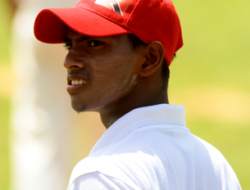 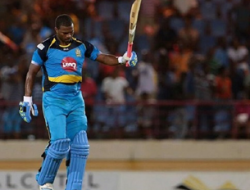 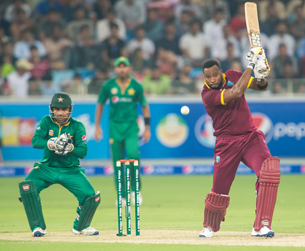 The 2014 CPL champions were off colour last year, managing a mere three victories to finish fifth and miss out on the final four, as Jamaica Tallawahs beat Guyana Amazon Warriors in the final to claim their second title.

Tridents leave Barbados today for Florida where they open their campaign against Tallawahs at Central Broward Stadium in Lauderhill next Saturday, and Pollard believes the team camp staged here over the last week has been a vital part of their preparation and laid the groundwork for a successful run.

“I thought looking back on last year (we weren’t) getting off to good starts and we were always behind the eight-ball in the first six overs and then we were always playing catch-up cricket,” Pollard told a media conference here Saturday.

“And I don’t think the discipline was there in all departments of the game – batting, bowling fielding – and even the mental part off the field as well.

“It’s a whole new approach [this year]. We’ve taken a holistic view of things and we have to start from scratch, hence the reason I thought that it was [good] the camp started a bit earlier – get the guys to come in and start to do some work and get rid some of the things we don’t need to travel with.”

He added: “Slowly but surely we’re going to eradicate those things and hopefully by the time we step on that flight on Monday to head to Florida, we would have eradicated those things and it would just be wholely and solely concentrating on cricket.”

This year, Tridents have snapped up New Zealand star Kane Williamson as their marquee overseas signing and have managed to retain Pakistan’s Shoaib Malik who has been a fixture in the squad for the last few seasons.

Opener Dwayne Smith, who turned out for Amazon Warriors last year, has returned to the Tridents line-up and will join Pollard and Nicholas Pooran in a solid batting line-up.

While Pollard said that confidence in the squad was high, he also conceded that Tridents would not have things all their own way especially with the season shaping up to be the most competitive in the history of the CPL.

“The quality of cricket has risen over the last four, five years in terms of the tournament. When you look at it this year, you can’t predict any clear winner – all teams have a lot of international players who have vast experience and you have to work hard,” he contended.

“Once you work hard and you win then you know you have accomplished something. In other years before, you could have sat there and said ‘these two teams will qualify, and you have these four in the semis and we battle it out from there.’

“You’ve got more talented guys [now], more experienced overseas players, guys who have travelled the world playing within the different franchises and guys who have been playing international cricket for a long period of time as well, and the experience that they bring alongside the youngsters coming through … I think is going to make the competition a lot stiffer this year.”

The CPL bowls off next Friday in Castries when hosts St Lucia Stars take on Trinbago Knight Riders, and runs until September 9.

The tournament will also feature St Kitts and Nevis Patriots as the sixth franchise.