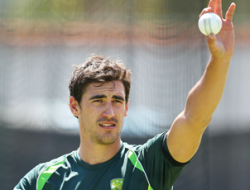 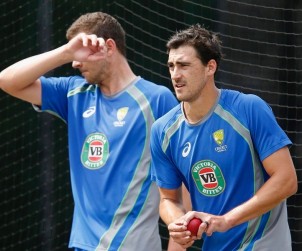 14th May 2017 Comments Off on Players considering striking since January – Taylor Views: 1181 News

Australia’s players have been considering the possibility of strike action since as early as January, according to the former Test captain and Cricket Australia board director Mark Taylor.

As the Australian Cricketers’ Association responded to the threat of CA’s chief executive James Sutherland that the players will cease to be paid after June 30 unless the ACA agrees to the board’s current pay offer, Taylor revealed the depth of the players’ feeling while describing his frustration at the lack of any constructive negotiation.

“The board and CA in general have been frustrated by the fact there has been no negotiation. I had players say to me in January of this year ‘we could well be on strike by July’. This is before this MOU was presented,” Taylor, who was captain of the national team when the first MOU was struck in 1998, said on Channel Nine.

“I’m not surprised James has done what he’s done. Things haven’t been going anywhere for months now, and I know Cricket Australia feel the ACA aren’t negotiating at all. CA want to change the MOU, want to get away from the revenue sharing model, although the deal being offered to the players is still revenue sharing to a certain extent. No-one’s worse off, women are going to be very well paid in the new model.

“But right from the word go, the ACA – I’m not so sure about the players – have not wanted to engage at all on this deal that’s been offered. It’s all about status quo or the highway, and I don’t think you can negotiate that way.”

Taylor said CA was intent on breaking up the fixed revenue percentage model because the board did not think it was sustainable. “It doesn’t make business sense for Cricket Australia,” he said. “Every time you make money you have to give away a certain percentage of it. The costs of revenue are going up in sport all the time, every sport will say that.

“This could be a win-win. Both side have to negotiate, Cricket Australia has said right from the word go there is our deal. There has been no discussion, or any negotiation on the detail of that deal. The deal they want is status quo.”

Alistair Nicholson, the ACA chief executive, criticised what he called CA’s attempt to “drive a wedge in Australian cricket” and reiterated the association’s call for independent mediation of pay talks.

“Clearly, we are disappointed that CA are threatening the players,” Nicholson said. “It’s also a window into the nature of CA’s behaviour in these negotiations so far. There is incoherence and aggression in what we have experienced at the negotiating table from CA. This has further been demonstrated this week with some top players being offered multi-years deals one day only to now be threatened the next.

“However, despite these threats, the players affirm their offer to participate in independent mediation. Quite simply, one side entered these negotiations in good faith with an intent to provide a win/win result, and the other is trying to remove player unity and drive a wedge in Australian cricket. Further lighting the fuse on this dispute on the eve of the Ashes and during discussions with potential broadcasters and sponsors is quite baffling.

“The point lost on CA is that the players will not respond to threats, whilst broadcasters and sponsors need certainty. That’s why we state again, for the good of the game, that it is time to sit down in mediation rather than make unnecessary threats and create such uncertainty.”