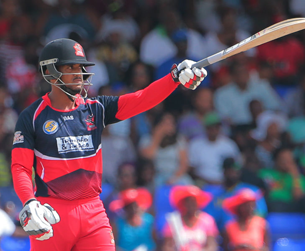 4th August 2016 Comments Off on Perkins suspended for remainder of CPL Views: 1343 News

Trinbago Knight Riders batsman William Perkins has been suspended for the remainder of the CPL for handing his Players/Match Official Access pass to a third party for the side’s league game against St Kitts and Nevis Patriots in Lauderhill on Sunday.

Perkins accepted the charges for breaching the ICC’s Minimum Standards for Players and clauses 10.1.1 and 10.1.2 of the player contract. Members of the CPL security team along with ICC Anti-Corruption manager Richard Reynolds had obtained Perkins’ pass, resulting in his immediate suspension. Perkins played four CPL games this season and scored 75 runs at an average of 18.75.