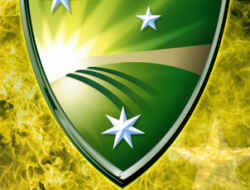 “The West Indies Test team has now become a team that competes and this is what the fans in the Caribbean want to see. They are knowledgeable and they don’t expect to see the team become world beaters overnight. However, what they are seeing now is a team that is ready to fight, competing well in Test matches and even winning some.”

Khan attributes the improvement in part to the advent of the PCL, the league has worked well in my view. It has given the cricketers the opportunity to play more cricket and anytime they play more cricket we will see an improvement. It gives them more chances to be in match situations and this only leads to a better cricketer.”

He added, “if you look at Roston Chase, he was brilliant against Pakistan in the last series because he came into it well prepared. He was playing in the PCL for the Barbados Pride and this constant play would have assisted him in taking his game to the next step. He was not playing the shorter forms of the game. All he had to rely on was the PCL matches and he used it wonderfully well to prepare.”

The PCL, a brainchild of this administration, led by Dave Cameron, has completed three seasons and a number of regional players are now retained by their franchises, which are funded by the WICB.

Khan thinks that the retainers bring a level of comfort to the players; “with the regional players being retained, they can now focus on their cricket, as opposed to having their daily jobs and not getting time off to play the game. They are now assured of a salary and can now go into the game fully as professionals. In this way they can practice more, play more and ultimately improve their cricket.”