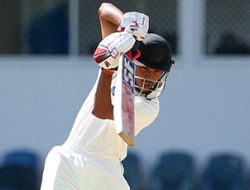 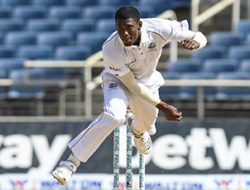 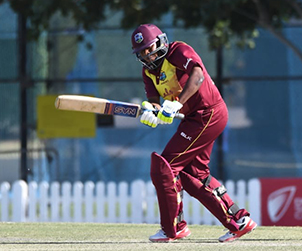 DUBAI, UAE- Pakistan Women defeated the WINDIES Women by 34 runs to level the One Day Series 1-1 at the ICC Academy Ground in Dubai. Pakistan posted 240 all out in 49.4 overs, Sidra Amin 96, Nida Dar 81. WINDIES Women 206 all out in 49.4 overs, McLean 82, Taylor 48. Both teams now have 2 points each in the ICC Women’s Championship Round 4, with all to play for the in the match on Monday

Pakistan Women won the toss and elected to bat first on a grassy pitch.  Opening bowlers Shakera Selman and Shamilia Connell kept the Pakistan batters in check with accurate line and lengths. Selman was the first to strike when she had Nahida Khan caught by Anisa Mohammed for 3. Javeria Khan who like Nahida had to leave the field due to injury in the first match, also did not last long at the crease this time. Connell clipped her stumps, sending her back for 5.

Returning skipper Bismah Maroof who missed the first match due to injury was stumped by Kycia Knight for 8, another Pakistan batter not troubling the scorers. Then came the partnership that built the Pakistan innings. A 102-run partnership between Sidra Ameen and Nida Dar frustrated the WINDIES Women’s bowlers. Sidra Ameen exploited the sometimes sluggish fielding by the WINDIES.

WINDIES captain Stafanie Taylor rotated her bowlers to keep the pressure but the Pakistan batterS still found a way to get the runs. Taylor herself was expensive in the four overs she bowled, going for 32 runs. Ameen was particularly aggressive, smashing 14-fours on her way to 96, but what Taylor didn’t do while bowling, she corrected with her fielding. With a direct hit she had Ameen well short of her ground, runout for a very patient innings.

Aliya Riaz was bowled by Afy Fletcher for 6. Nida continued batting, building another valuable 44-run partnership with Sana Mir, before Taylor effected another direct hit to runout Mir for 21. Selman returned to have Kainat Imtiaz caught for 1, while Dottin trapped Nida LBW for 81. Taylor and Knight had runouts of Sidra Nawaz and Diana Baig respectivelY. Pakistan 240 all out in 49.4 overs. Sidra Ameen 96, Nidar Dar 81, Sana Mir 21. Bowling for the WINDIES Women, Shakera Selman had the best figures with 2/33 followed by Deandra Dottin with 2/55.

Chasing a target of 241, the WINDIES Women lost Deandra Dottin for 5 when she was bowled by Diana Baig in the fifth over. Kycia Knight made 13 before getting a faint edge behind with the score on 19. Diana Baig continued ripping her way through the WINDIES top order, as she trapped Shemaine Campbelle LBW for 1, to leave the WINDIES reeling at 27/3 in the 11th over.

Stafanie Taylor and Chedean Nation steadied the middle order with cautious but fearless batting between the pair. Both batters took advantage of some fatigued bowling by Pakistan in the middle overs. The pair posted a 65-run partnership. In addition to the occasional boundary, they were quick between the wickets. Nation struck 3-fours on her way to 23 before she edged behind off Nashra Sandhu with the score on 92. Two runs later, Taylor was given out LBW for 48, which included 5-fours and 1-six.

The WINDIES Women lost wickets at vital moments in the innings, just as partnerships were building, much to their frustration. Natasha McLean then provided vital and timely innings for the WINDIES Women. Starting slow and reading the play of the pitch and game late in the innings when well over 100-run still needed for victory, McLean batted through the remainder of the innings. With wickets falling around her, she continued her free style of hitting big. She struck two mighty sixes and 8-fours on a career high 82. This saw her register her maiden ODI half-century. With her at the wicket was Shamilia Connell who played the perfect supporting role for McLean. Connell rotated the strike to get Mclean to power-hit the WINDIES to within striking distance of victory. However, it was not be as McLean skied one off Nida Dar to be caught and bowled. Connell and McLean had a 62-run partnership for the 10th wicket. WINDIES Women 206 all out in 49.4 overs. McLean 82, Taylor 48. Bowling for Pakistan, Diana Baig who ripped through the WINDIES top order, was finished with the best figures of 4/34 followed by Sana Mir with 3/21.