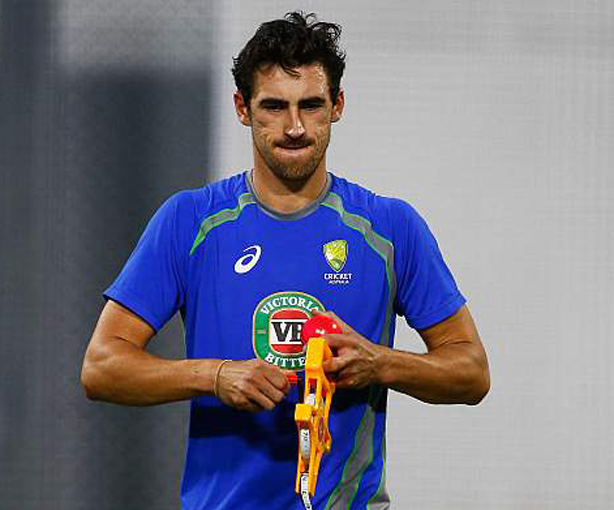 Our full support is still behind ACA: Starc

Print
Mitchell Starc, the left-arm paceman, says Australian players remain unwavering in their stance over the pay dispute with Cricket Australia (CA) ahead of the Champions Trophy.
Alistair Nicholson, Australian Cricketers’ Association (ACA) chief executive, met with the Australian squad on Sunday (May 28) in Birmingham to update them on the current situation, which has engulfed Australian cricket and created much uncertainty once the Memorandum of Understanding (MoU) expires on June 30.
CA has told players they won’t be paid after this date forcing disenchanted cricketers to retaliate and threaten to boycott playing for their country, leaving Australia’s proposed tour of Bangladesh in August and the Ashes in jeopardy.
The sticking point in the dispute centers on CA’s desires to overhaul the revenue-sharing system that has been at the core of the MoU for the past two decades. Speaking to reporters in Birmingham on Sunday, Starc said the players’ stance ‘hasn’t changed’. “Our full support is still behind the ACA to get the outcome the players are after,” he said. “It’s not about asking for more. It’s a fair share and both the men and women are together and on the same page and that was the conversation we had today.”
Starc, who has been forthright in his views on social media, was unsure whether a deal could be struck before June 30. “They have four weeks to go on the MoU and the players are leaving it to the ACA to sort it out for our side of things,” he said. “He (Nicholson) just told us where things are going to at the moment and we’ll stick with everything else in-house.
“I guess we’ll find out (whether or not there will a resolution) in four weeks’ time,” he added.
Returning from a foot injury sustained during the tour of India in March, Starc was confident he could rediscover his best during the Champions Trophy. “I’m pretty confident with how it’s going, it’s feeling good in the nets and with the few centre wickets we’ve had,” he said.
“It’s been a while (since my last match). I’ve had plenty of time in the nets and up in Brisbane, but it’ll be nice to get out in the middle and bowl some overs in match-like conditions.”
Starc said he was excited about potentially teaming up with star quicks Josh Hazlewood, Pat Cummins and James Pattinson. “We’re looking forward to hopefully playing a few games together if the four of us get picked,” he said. “But it’s great to have the four of us fit. Even if there’s only three of us playing, we’ve got one on the side ready to go.
“We’ve all performed for Australia before and we’re looking forward in this tournament to performing again,” he added.