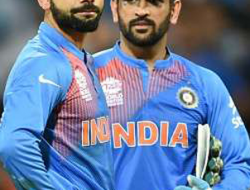 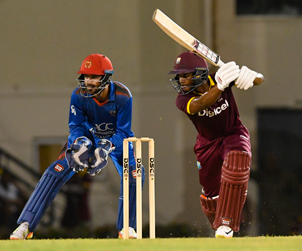 If there ever was a time to rally round the West Indies, it is now. They are ranked No. 9 – one spot below the bar for direct entry into the 2019 World Cup – and even if they win this series against Afghanistan, they will finish with fewer points (78) than they had prior to its start (79).

West Indies have 11 more ODIs before the cut-off date of September 30, but 10 of them are against India and England – both front-runners to win the ongoing ICC Champions Trophy. Considering their inconsistency, it ‘s looking increasingly likely that West Indies, the former two-time world champions, might have to enter a qualification round to even have a chance at winning another title.

But before all that, they have to find a way past Afghanistan, or perhaps simply their legspinner Rashid Khan. In the first match, he took 7 for 18 to defend 212, followed by 3 for 26 in the second ODI to keep his side in the game for close to 40 overs, even though the target was only 136.

A battery of the hosts’ easy-on-the-eye batsmen can do a lot better. After all, Evin Lewis cleaves the air itself when he cuts the ball, Roston Chase is so good he made Viv Richards chant his name and the first line on Jason Mohammed‘s resume is “I led West Indies’ highest successful chase in ODIs“.

The irony, though, is that every time the Afghanistan captain Asghar Stanikzai steps up to speak, he says his bowling contingent can defend 200-odd. If West Indies had half of that belief in their strengths, they’d be alright.

A month ago, on a pitch with spiteful variations in bounce, Shai Hope had scored a match-winning, second-innings 90 for West Indies in Test cricket. Then, too, he had to deal with a legspinner, one whose variations are more threatening than his stock ball. But unlike Yasir Shah, Rashid bowls a lot faster and his action is different: somehow, even his legbreaks seem to come from the back of the hand. There’s trouble coming. But West Indies have Hope.

Afghanistan’s plan, it seems, is to bat first, put up a par score, bowl nice and tight in the early part of the chase and then befuddle the opposition with spin once the run-rate soars high enough. For the tourists to apply that scoreboard pressure on West Indies, Mohammad Nabi will be a key figure in the middle order. An experienced batsman, capable of batting through an innings, he will want to show it takes more than banging the ball halfway into the pitch to rattle his team.

Having won the last match by taking the insurance of an extra batsman, West Indies would’ve liked to stick with the same XI, but Shannon Gabriel is out of the final ODI courtesy a side strain he suffered during the second ODI. Kesrick Williams has replaced him in the squad. Williams is yet to make his ODI debut.

Afghanistan bat till No. 9, but they’d want to front up better against the short ball, which claimed nearly all their wickets in their previous game.

This will be the third match of the series at the Darren Sammy stadium in less than a week so there is a likelihood that a used pitch might be furnished. Hitting through the line might, again, not be fun. Weather wise, there is a chance of rain but it shouldn’t linger.