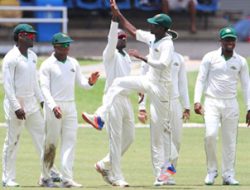 16th March 2020 Comments Off on Official Points Standings After The Eighth Round Views: 1891 News

ST. JOHN’S, Antigua – Following are the Official Points Standings in the 2019-20 West Indies Championship after the eighth round of matches which ended on Sunday.