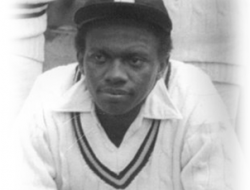 West Indies captain Jason Holder has admitted that the absence of Kieron Pollard and Dwayne Bravo is a “huge loss” to West Indies’ chances at the World Cup.

Holder described the decision not to select the pair as “beyond my control” and, in an indication that he did not agree with their dropping, pointed out “I’m not a selector.”

Holder became the youngest captain in West Indies’ history when appointed, aged just 23, in the aftermath of the players’ strike that saw the team abandon their tour of India. While the chairman of selectors, Clive Lloyd, has insisted that neither Pollard nor Brave were omitted for disciplinary reasons or out of any sense of vengeance, it is clear that Holder feels that, on ability, they should be in his team.

“They are two players who have done well in world cricket,” Holder said. “But it’s out of our control. Not having them would be a huge loss to any side. But it’s beyond our control and we have to accept it and move on.”

Holder’s authority as captain was further undermined when, during the media conference, the team’s press officer took the unusual step of calling a halt to proceedings and demanding journalists ask no more questions about Chris Gayle. If the intention was to avoid any uncomfortable questions, it succeeded only in making Holder appear like a young man who needed shielding.

Up to that point, Holder had looked comfortable if a little nervous. Admitting he had taken some time to decide whether to accept the captaincy, he conceded that his side’s form had been “inconsistent” but expressed confidence in the raw ability of his squad.

“Being captain is a huge thing for me. At 22-years-old I was the youngest captain of all time. Yes, I had to think about it. It was a delicate time. So I gave it some thought and spoke to a few players around the dressing room and made my decision

“I’ve seen myself to be a leader in most teams I’ve put myself into. I’ve led teams before. I led West Indies Under-19 and I was vice-captain on the West Indies A team. It’s not something that I’m fresh to. We’ve been inconsistent and not played to the best of our abilities but we have some world beaters in our team. It’s all about putting it all together.”

One of those “world beaters” is Gayle. But despite Holder’s relative youth and inexperience – he is 12 years younger and has played 237 fewer ODIs than Gayle – Holder insisted that captaining him would provide no significant challenges.

“Chris is big player for any team he plays for,” Holder said. “He’s a world beater. He’s been a top batsman for us for a number of years. We just want him to be his normal self and get the best out of him.

“I have built a relationship with some of the senior players. Being captain has not been that difficult thus far. We didn’t do too well in South Africa but we didn’t have our full-strength team out there. I have a good relationship with all the guys.”

West Indies’s final preparations for the World Cup begin with a warm-up match against England, in Sydney on Monday.