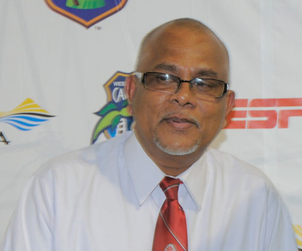 The National Gas Company (NGC) renewed its commitment to the development of national cricket when it sponsored the Trinidad and Tobago Cricket Board’s (TTCB) National Academy.

According to NGC’s vice president Narinejit Pariag, who addressed Academy inductees and TTCB members at the launch of the Academy last Friday: “NGC is once again pleased to stand as corporate partners with the TTCB to launch the 2016 NGC/TTCB National Academy.

“It is a source of great pride to us that our partnership with the TTCB not only helps support one of the most avidly-followed and passionately-spectated sport in our country, but also enables initiatives such as this one, which target our nation’s cricketing youth.”

The NGC/TTCB partnership has been on-going for the past seven years, with official MOUs agreed in 2012-2013 and 2014-2016. Since 2013, NGC has shared title sponsor of the National Academy with TTCB, contributing over $1.3m to this endeavour.

This support has allowed the TTCB to plan for the future of the game with a greater degree of certainty and confidence. The Academy concept began in 2002. Its inductees are between the ages of 17 and 19 years old.

The programme is conducted over 12 weekends with 11 weekends dedicated to technical and theoretical coaching/lectures of the game. On the 12th weekend, the players visit one of the regional cricket-playing Caribbean islands for practical assessment through cricket matches.

Currently, 90 percent of the T&T players representing West Indies have been through the Academy programme, including Dwayne Bravo and Samuel Badree.

NGC is especially enthusiastic about this programme as it represents investment in Sport, Youth Development and Empowerment, all cornerstones of NGC’s CSR portfolio. “Trinidad and Tobago is losing too many young people to crime and delinquency. As a country, we need to make opportunities available to our youth for productive engagement in their free time,” noted Pariag.

The NGC/TTCB partnership ensures that several key areas are provided with much need resources, which enable the TTCB to remain progressive, to produce successful national teams, and develop the game and individual players across all formats.

NGC’s sponsorship of the Academy has allowed the TTCB to include a personal development aspect to the programme.  This aspect is to assist in the strengthening the mental and emotional capacity of the player, an important facet for any aspiring professional sportsman.

The TTCB will continue tracking of players throughout the coming years as they monitor their progress and work continuously to assist their development with workshops and structured sessions at the National Cricket Centre.