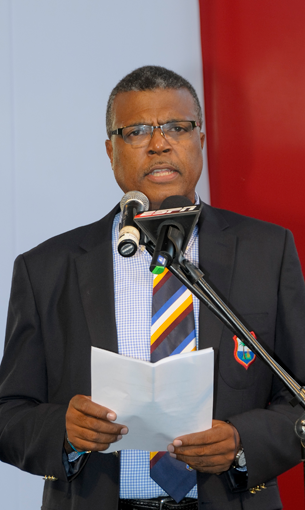 5th September 2016 Comments Off on Muirhead to step down as WICB CEO Views: 1352 News

West Indies Cricket Board’s chief executive Michael Muirhead will step down from his position after a four-year stint in the role. Muirhead’s contract was up for renewal on October 14, but he has opted to quit the WICB.

Muirhead, who had replaced Ernest Hilaire the WICB CEO in 2012, said he had helped the board turn its finances around.

“I came in at a time when the state of finances at the board were in deficit and in my brief tenure I have managed to turn around and will be leaving with a surplus,” Muirhead told ESPNcricinfo.

With a banking and marketing background, Muirhead was focused on the numbers and the money element and worked in close association with WICB president Dave Cameron.

Although Muirhead counts as having contributed to West Indies’ two World T20 wins, his tenure, along with Cameron’s, will be remembered for their run-ins with senior West Indies players over issues like the pay disputes and selection. A dispute related to payment structure between the players, the WICB and the West Indies Players’ Assocation resulted in the teampulling out of their tour of India in October 2014. The board faced a crisis before this year’s World T20 in India after the players appeared to collectively reject the contracts offered by the WICB due to what they perceived as “huge financial reductions”. Following West Indies’ title win, Darren Sammy and a few other senior players had criticised the WICB, and were reprimanded by the ICC after the tournament.

“When I came in it was extremely hostile between us and the players’ association. We were in court regularly,” he said. “There was judgement and arbitration against us. I think I played a more conciliatory role instead of being antagonistic to the point that we have not had petitions against us. Our legal fees have gone down significantly. And we have a good relationship with the union (WIPA).”

Before the two-match T20I series against India in Florida, WIPA and the WICB hosted a symposium where players and administrators met in an effort to resolve longstanding disputes. “A lot of players were able to speak quite frankly. The lines of communication are now re-opened,” Muirhead said.