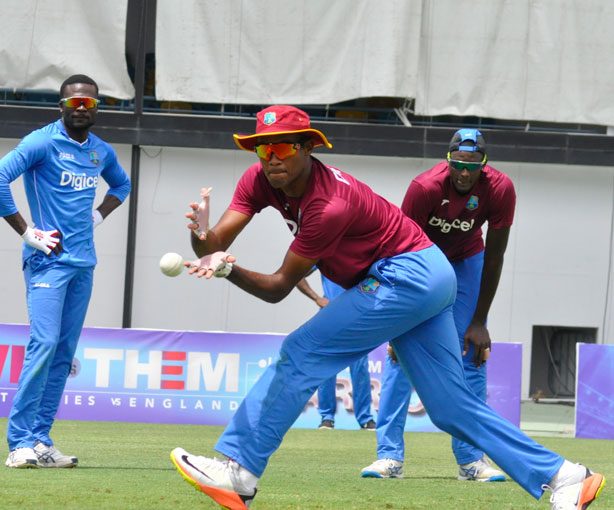 West Indies may have already conceded the three-match one-day series to England but bowling coach Roddy Estwick has warned that there is still much at stake in tomorrow’s final encounter at Kensington Oval.

“We’re still trying to qualify for the World Cup, so every game is very, very important, so we still have to go out there and look to win the game.

“Even though the series is gone, it doesn’t matter. We need points, and we need them badly, so we have to come out on Thursday and put a good performance in.”

West Indies currently languish at number nine in the international ODI rankings, one spot outside the automatic qualifying places for the 2019 World Cup in England.

If they will fail to make the top eight by the cut-off point of September 30, they will be forced to go through a qualifying tournament involving ICC associate and affiliate teams.

Last weekend in Antigua, the Caribbean side suffered two setbacks in the attempt to boost their ranking, losing the opening ODI to England by 45 runs and the second by four wickets.

But despite the defeats, Estwick believes there is no gulf between the quality of the two teams.

“We’re not that far away from England,” the former Barbados pacer said.

“If you look at the two games, we didn’t play the big moments very well but once we can get those critical moments right, I’m sure we can come up with a win.”

With most of their experienced stars missing, West Indies have fielded an inexperienced line-up, with rookies like Jason Mohammed, Shai Hope, Jonathan Carter and Kraigg Brathwaite carrying the burden of the batting.

Combined, the quartet has managed just 38 ODIs, with captain Jason Holder the most experienced player in the current side with 51 matches.