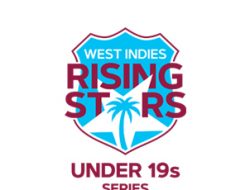 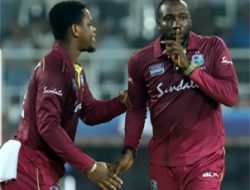 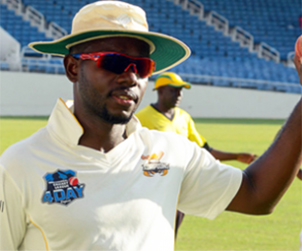 He has opened the next chapter in his cricket career, but retired Jamaican spinner Nikita Miller says one regret lingers.

The 37-year-old Miller, the assistant coach of Jamaica Scorpions during last month’s Regional Super50 campaign, shattered multiple records as a player in domestic four-day cricket before calling it quits at the end of last season.

But many believe the St Elizabeth native wasn’t given the opportunities he should have had at the Test level.

The slow left-arm orthodox bowler played only one Test for West Indies — against touring Bangladesh in 2009 — when a number of elite players went on strike. He bowled a combined 22 overs, ending wicketless in a losing cause.

In One-Day International (ODI) cricket, he reached the 50-game milestone, capturing 45 wickets at 36.88, and he took 11 wickets in nine Twenty20 Internationals at an economy rate of 7.07.

Despite being the most dominant and consistent spinner in regional four-day cricket during his tremendously successful 14-year, first-class career, which began in 2005, he was curiously overlooked for Tests.

Miller, a wily and skilful left-arm spinner in his day, claimed 511 wickets in 91 regional four-day matches at an eye-popping average of 15.37 and outstanding 1.94 runs per over. His career wicket haul is the highest in the modern era — 1966 and onwards — of regional four-day cricket.

The closest to Miller in the list of regional four-day wicket-takers is Dominican-born off-break bowler Shane Shillingford, who has 471. Shillingford has been afforded 16 Tests in which he took 70 wickets, helping him to a first-class tally of 572 victims in 128 matches at an average of 24.07.

Miller was grateful after Cricket West Indies and Jamaica Cricket Association (JCA) honoured him during the Test match between West Indies and India at Sabina Park in September for his contribution to the regional game.

“After playing for a number of years, and you’ve performed, you know, you have won titles and you have taken lots of wickets; it’s always a great feeling when your own can recognise you. The JCA, I want to thank them. Cricket West Indies, I want to thank them as well. I’m really proud of the award. and the fans [thank them] for coming out and showing that support as well,” he said.

“I’m not too disappointed with [my career] because I did everything I could. I did what I needed to do on the park and let the numbers speak for themselves. Things that are out of my hands, I try not to think too much about them or be too disappointed about them,” Miller opined.

“If I could like take 25 out of the 50 one-day games that I played, and add them to the one Test that I played… but it doesn’t work like that. So that’s my only regret, really,” the St Elizabeth Technical High School (STETHS) past student continued.

Miller, an avid football fan, explained that as a youngster cricket was not his first choice.

“When I was growing up I loved football, so if you told me that I would play for Jamaica’s football team then I would have believed you. But I was good at cricket, I was very good at cricket. Over the years I developed the love for it, playing from high school days down at STETHS and at Melbourne [Cricket Club] as well. But I couldn’t really envision this, being the most successful regional bowler, and [most successful bowler] for Jamaica as well,” he said.

“With all the greats who have played in our regional tournament and for Jamaica — people speak about [spinner] Lance Gibbs, [spinner Alf] Valentine, and so on… [Fast bowler] Courtney Walsh from Jamaica — when I passed Courtney Walsh [on the wickets’ list] it was a great honour for me. [He is] a legend of our game. It’s a great feeling in the end when you have really achieved it and you have the chance to sit back and look at it,” he added.

Miller expressed deep pride at being part of rampant Jamaica teams that set many records and won a number of titles, including five-straight regional four-day championships between 2007-08 and 2011-12.

“There are a lot of moments I can highlight. There’s the five-straight [wins]; there were periods when we played [that] all our games would end on the third day. People used to fear us when they came up against us.

“One of the highlights, I would say, is the fact that we won 15-straight games outright — that has never been done. That, to me, trumps the five-straight titles. And then because other teams have done the five-straight and other teams probably will do it. But 15 games in the West Indies where you have the weather that can play a factor in the outcome of a game, and to win 15 games straight — that was awesome for us within a two-year period,” he said.

Aside from transitioning into coaching after earning his certification over a decade ago, Miller has ventured into entrepreneurship, opening NikMat Sports Zone, a sporting goods store.

He said he had long planned for life after playing.

“I was looking ahead. I played two seasons in England league cricket, and in my final season there in England — this was before I made my [ODI] debut for West Indies in 2008, I did my coaching badge, I did my Level Two [certificate].

“I was thinking about what I need to do after I finished playing. I didn’t know that I would be so successful still, but I was thinking I needed to do something when I was finished. So, when I was there, my club signed me up to do my Level Two at Lancashire Cricket Club in Old Trafford.”

Miller admitted that coaching has presented its own challenges, and jokingly said that every so often he has felt the urge to have a short bowl out in the middle.

“I’m just trying to work as hard as I can to bring few players through to improve them. And try to get us back to when we were used to winning.

“It [coaching] is a whole different dynamic, longer hours, planning, managing resources, and a lot more, but I’m enjoying it — sharing what I’ve learned over years and seeing them [players] execute brings joy. At times I wish I could just go get a player out and return to my seat,” he told the Jamaica Observer.

Given that in five matches for the Scorpions last season he took 41 wickets at 15.68 to wind down his playing career, it would take a brave man to bet against Miller performing well if he were to make a highly unlikely comeback.