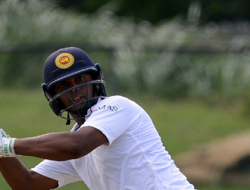 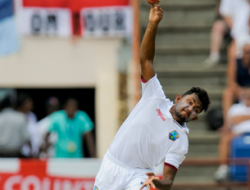 Captain Nikita Miller has described as unique the opportunity that has been provided for new and emerging players of Jamaica at the triangular Twenty20 cricket tournament involving the Windward Islands and Antigua and Barbuda.

The week-long tournament, which forms part of Antigua and Barbuda’s Independence Day Celebrations, bowls off today in Antigua.

“It’s an opportunity for the new and emerging players to show the national selectors what they are capable of,” said Miller, who along with teammates departed the country yesterday.

He added: “I am, therefore, looking forward to them expressing themselves in the way they know how to. Some of the players who are in this team will be more than likely be in the set up for preparations for the regional Super50 tournament in January.”

The team, which has a mixture of recent Jamaica and West Indies Under-19 representatives, includes two players with West Indies level experience. They are Miller and returning leg-spin all-rounder, Gavin Wallace.

The other members of the Junior Bennett-coached aggregation are either former national trials invitees or are new to regional representation at the Jamaica senior level.

“It’s a national team and although it’s not a regional level tournament the aim is to win,” continued Miller, who captained Jamaica for the first time at the regional Super50 earlier this year.

“I cannot speak for the other participating teams as I have not seen their squads but I know, for example, that Devon Thomas will be playing for Antigua.

“We will therefore be going there to play the best cricket possible and hopefully it will help us to the title.”