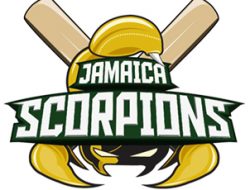 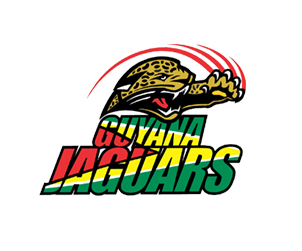 This followed a career-best hundred from left-handed opener Shayne Moseley that led sound batting and helped the Pride set Red Force 377 for victory on the third day of fifth round matches in the Championship.

Smith anchored the bottom half of the Scorpions batting with 84, Peat Salmon supported with 47 and Derval Green made 33 to extend the home team’s first innings, after they resumed from their overnight total of 260 for six.

Smith shared 83 with Green for the eighth wicket and followed up with a ninth wicket stand of 75 with Salmon before he was one of three wickets – two to Nino Henry – that fell on the final total to bring the innings to a close in the first hour after lunch.

Hurricanes made a shaky start losing openers Montcin Hodge and Kieran Powell before they had totalled 50.

Devon Thomas found his form with 54 to get things moving before he was dismissed in the final hour, and the Hurricanes needed their captain Jahmar Hamilton, not out on 12, and Terance Warde, not out on 20, to bat through the final half-hour until the close.

Watched by chairman of the West Indies senior selection panel, Roger Harper, Holder bowled with pace and hostility and bowled left-handed opener Jeremy Solozano for five with the last ball of his first over before he had Red Force captain Yannick Ottley caught at gully for one, fending a snorter.

Roach added the scalps of Jason Mohammed bowled for five offering no stroke to a ball that moved back with the third ball of his fourth over and had former West Indies captain Denesh Ramdin caught at mid-on from a third-ball duck from a miscued pull with the final delivery of the same over.

Opener Joshua da Silva, not out on 23, and left-hander Yannic Cariah, not out on 12, batted through 50 minutes until bad light stopped play six overs early and stemmed the fall of wickets for the Red Force.

This all unfolded after Moseley collected his third Championship hundred, a resolute, undefeated 155, and anchored the Pride batting to set up the hosts for their victory charge, after they resumed from their overnight total of 127 for two.

The left-hander survived two chances – being dropped at slip off Uthman Mohammed, who also had him caught behind from a no-ball – and shared two important stands that put the Pride on a firm base.

He put on 56 for the fourth wicket with West Indies wicketkeeper/batsman Shane Dowrich, but it was his stand of 114 – unbroken – with Kevin Stoute, not out on 55 for his second half-century of the match – that frustrated the Red Force and put the Pride in a dominant position.

Left-hander Johnson, playing in his 93rd match for the Jaguars, batted purposefully for a career-best, undefeated 189. It was his fifth Championship hundred and sixth overall in 113 first-class matches.

The innings also made him the seventh batsman overall and second from Guyana to pass 5,000 runs in the Championship. He now has 5,009 runs. (See table below).

This was also Johnson’s first Championship hundred, since his previous best score of 165 against Red Force a little over three years ago at the Brian Lara Cricket Academy in the southern Trinidad community of Tarouba.

Barnwell, playing his 58th match for the Jags, hit a fluent 107 to give the innings early momentum and put the Volcanoes bowlers on the back-foot.

It was his second Championship hundred and his first since making 148 against these same opponents a little under five years ago at Windsor Park in the Dominica capital of Roseau.

Resuming from their overnight total of 165 for three, the Jaguars benefitted from a 170-run stand for the fourth wicket between Johnson and Barnwell, which paved the way for their side’s big total.

Johnson added a further 82 for the sixth wicket with Anthony Bramble, which extended the Jaguars’ innings and stretched the Volcanoes bowlers.

After this purple patch, however, the visitors lost their last five wickets for 50 in 51 balls with left-arm pacer Preston McSween ending with a career-best 5-102 from 27 overs.

Volcanoes suffered an early setback in their second innings, when left-arm pacer Raymon Reifer trapped opener Roland Cato lbw for two, but long-serving opener Devon Smith, not out on 16, and their captain Kavem Hodge, not out on 17, batted through the final 45 minutes until the close.

Based on all matches up to and including: