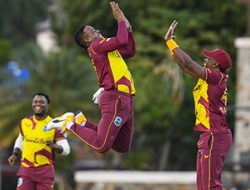 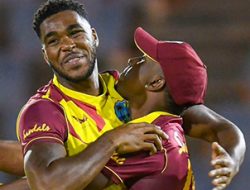 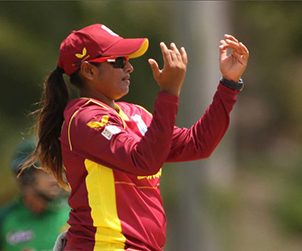 Another clinical performance from West Indies Women’s saw them dominate Pakistan Women as they easily won the second CG Insurance One-Day International, on Friday. The home side stamped their authority from the start and were comfortable winners early in the afternoon. Led by a superb spell from Anisa Mohammed, the West Indies dismissed the visitors for just 120 off 42.4 overs.

The experienced off-spinner ended with 4-27 off 9.4 overs. She also held a superb diving catch after she ran from slip to leg-slip. Two other off-spinners – Hayley Matthews (2-17) and Karishma Ramharack (2-27) – also bowled brilliantly to follow-up the impactful new balls spells from fast bowlers Shakera Selman (1-16) and Shamilia Connell (1-15).

In the second half of the match, West Indies easily reached the target on 121-2 off 31.1 overs. Matthews completed a great all-round game to be named CG Insurance Player-of-the-Match. The right-hander played some superb off-side strokes as she topscored with 49 off 58 balls – which included nine fours.

She added an opening stand of 65 with Kyshona Knight, who ended on 39 not out off 89 balls with four boundaries. Knight and her twin sister Kycia (12) added 32 for the second wicket. Deandra Dottin then came to the crease and hit three spanking fours to close on 13 not out.