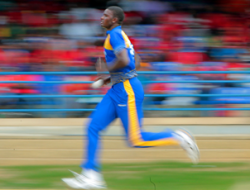 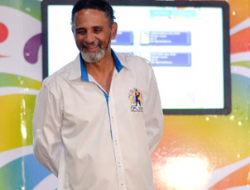 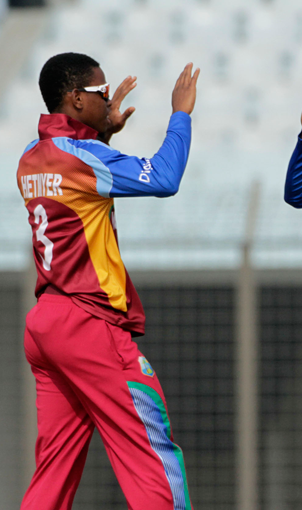 FATULLAH— Captain Shimron Hetmyer’s character has come in for high praise from team management following his half-century in a winning cause against Pakistan Under-19s in Monday’s quarterfinal of the Under-19 Cricket World Cup.

The Guyanese batsman, struggling with poor form, had come under tremendous pressure following the run out controversy against Zimbabwe in the last group match but hit an aggressive 52 to help propel Young West Indies to a convincing five-wicket victory over the Pakistanis.

“Hetmyer has been one of the leading players at the youth level for the last few years so he’s a player we felt would always come good and he came good when it really mattered,” team manager Dwain Gill said.

“He came in under a lot of pressure, as captain he came in for a lot of criticism but on the day we were confident he would deliver and now we expect him to go from strength to strength.”

Hetmyer entered the World Cup as the Caribbean side’s leading batsman but prior to Monday, had managed only 23 runs from four innings. However, he picked himself up, striking eight fours and a six in a breezy 42-ball innings to help lay the foundation for the Young Windies victory.

Gill said Hetmyer, having gotten a start, should have carried on to get a bigger score but hopes the innings can be the start of a run of form.

“This is just one innings and we are disappointed he couldn’t have finished the match,” Gill noted.

“He should have been there at the end but having said he really took the attack to the bowlers. We’re glad he’s come to the party and we’re looking for more leadership for him.”