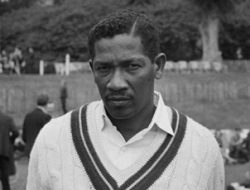 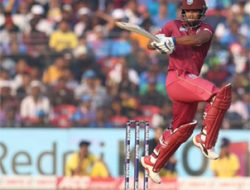 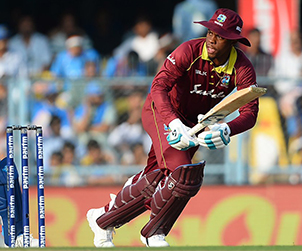 Hetmyer, the gifted middle-order batsman, has also scored a contract in excess of US$1 million and will be turning out in the capitol city for Delhi Capitals. Last year’s the Guyanese left-hander was in the ranks of Royal Challengers Bangalore, but for 2020 edition he will join the new outfit as a team-mate with his close friend and countryman Keemo Paul.

Hetmyer and Cottrell spoke to CWI Media from the West Indies team base in Cuttack, India where they are preparing for the third and final One-Day International, scheduled for Sunday. The series has seen two fantastic contests so far in Chennai and Vizag and a grand finale is expected in the winner-take-all last match at the at Barabati Stadium.

“I’m extremely happy but I’m humbled at the same time. I’ve worked really hard and I’ve seen some rewards, and this is another step in my journey. I only know it one way … that’s through hard work and dedication,” Cottrell said. “Right now, I want to play a part in us winning this series. We’re 1-1 and that’s my main focus to get a win on Sunday and give our fans an early Christmas gift.”

“Thanks to King’s XI Punjab for seeing my talent and giving me this opportunity. I look forward to playing alongside the Universe Boss himself, Chris Gayle, and the super talented Nicholas Pooran, who has been a revelation in the West Indies team. I have to thank the JDF (Jamaica Defence Force) as well as everyone in Jamaica cricket and West Indies cricket. This is where my foundation started.”

Both Hetmyer and Cottrell have impacted the series so far. Hetmyer made a sensational century in the first match as West Indies won by eight wickets at the Chepauk in Chennai. Cottrell picked up the vital early wickets of KL Rahul and Virat Kohli in the space of four balls and added two more in the second match on Wednesday.

“I’m pleased with how things went at the auction… hoping that I can do something special with my new team, the Delhi Capitals, and win the tournament. But at the moment the focus is on winning the series. It’s the West Indies that has given me the platform to reach this far … the chance to play on the world stage. That’s the main goal to do whatever is required to help the West Indies win,” Hetmyer said.

“It would be great to end the year on a high note against a higher ranked team like India. We have to look at the good things we did in the last two games and look to put everything together and play that complete game.